As monsters are unleashed across the Marvel Universe, Earth's greatest heroes (and Deadpool) answer the call! An all-star lineup of Avengers battle behemoths! Spider-Man fearlessly fights freakish fiends, but will Wade Wilson lend a hand? As the All-New X-Men enjoy Mardi Gras, Wolverine investigates disappearances in the bayou! A protest is an easy job for the Champions - until giants fall from the sky! Doctor Strange enters the fray as a low-powered Sorcerer not-so-Supreme! The Inhumans must protect Rome from the Leviathons! Groot is kidnapped, and the grounded Guardians of the Galaxy reunite to save him! And as the Totally Awesome Hulk investigates, an intergalactic sparring partner joins the hunt! 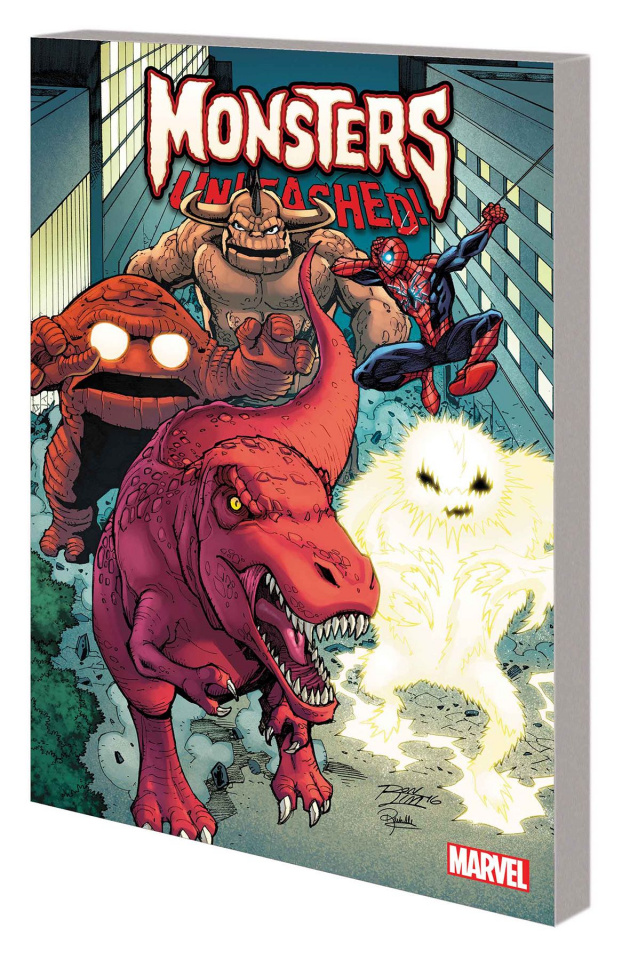