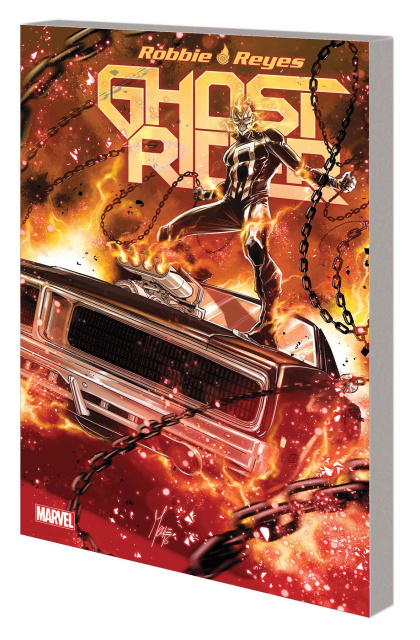 Robbie Reyes is back! And it's hell on wheels as the Ghost Rider makes his roaring return! When a mysterious object from space crash-lands in southern California, some of the brightest minds in the Marvel Universe are drawn to Robbie's backyard - including Amadeus Cho, the Totally Awesome Hulk! What mayhem will be unleashed as the high-octane hothead comes face-to-face with the jade genius? And with Robbie still possessed by the ghost of his evil uncle, Eli, who's really in the Ghost Rider's driver's seat? A giant, purple space monster will walk the Earth, but who's that on Ghost Rider's trail? None other than the Wolverine! With Silk and the Agents of S.H.I.E.L.D. along for the ride, it's time to strap in and start your engines - this one's gonna be a scorcher!