In a world beset by danger, the United States of America needs heroes they can rely on. Welcome to...American Intelligence Mechanics! A.I.M. will protect the nation from the wildest, weirdest threats of all! And the most patriotic super-group ever will do it all while looking tried and true in the red, white and blue! Can you live without...the U.S.Avengers? But when the Golden Skull launches his takeover bid, how will the team respond to the looming threat? With tuxedos. Really well-fitted tuxedos. It's socialism gone wild as the U.S.Avengers literally punch the business leaders of tomorrow right in their faces! Plus: Monsters galore - including Red Hulk! American Kaiju! Vandoom! And, would you believe, Dedd-Puul, the Mercenary That Walks Like a Man?! But when Steve Rogers gets serious, so must A.I.M. Where does that leave Roberto Da Costa? 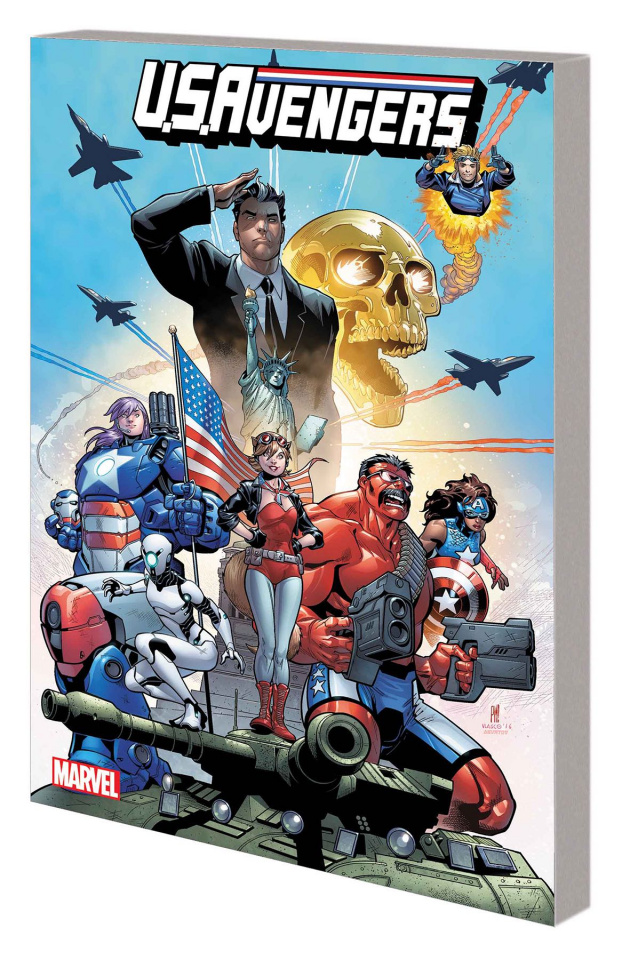