Learn your ABCs with Jack Kirby's most monstrous creations! From the legendary behemoths that stalked a world before super heroes to the titans that terrorized the Marvel Universe, 26 of Marvel's most memorable monsters have been rounded up in alphabetical order - from the Awesome Android to Zetora - including fan favorites like Devil Dinosaur, Fin Fang Foom, Groot, Mangog and Xemnu! They all star in awesome comic cover tributes from stellar talents including Arthur Adams, Mike Allred, Chris Bachalo, John Cassaday, Chris Samnee and Walter Simonson! Plus: original Kirby-drawn tales to astonish featuring the likes of the Blip, Elektro, Kraa and Thorr! 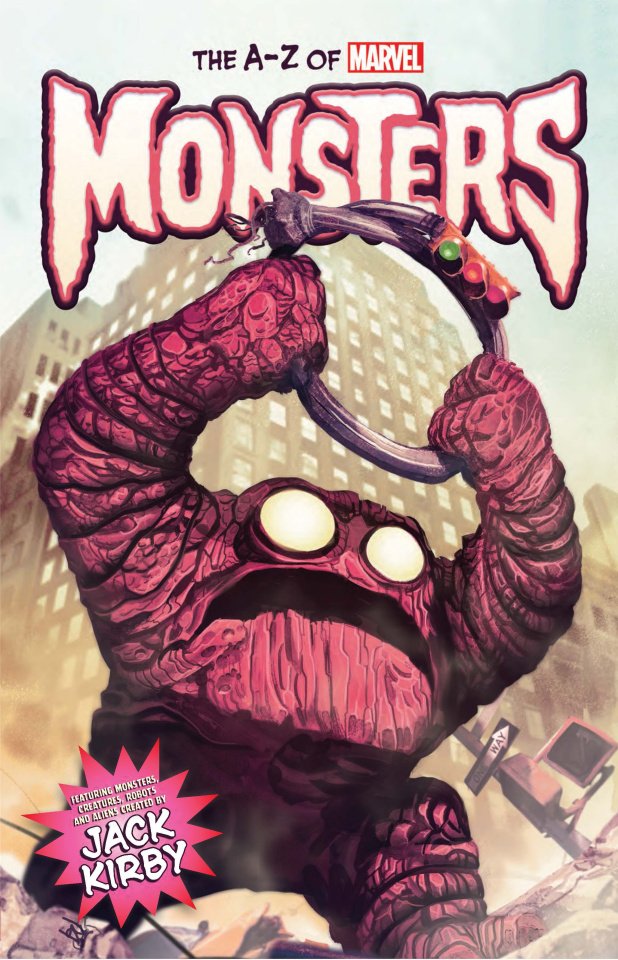