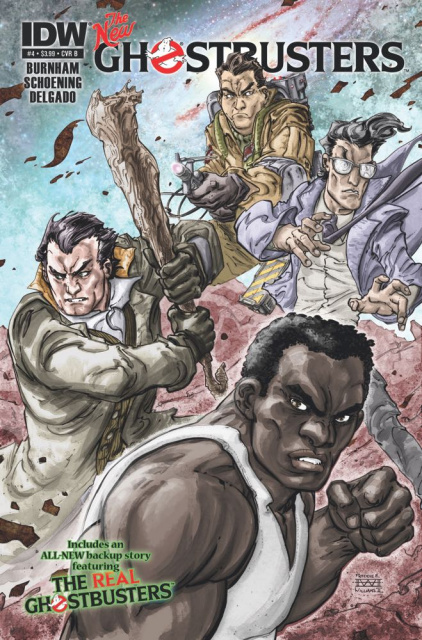 Two teams of Ghostbusters are fighting the clock, trying to understand why their dimensions are being pulled together... even as the merging itself causes such a surge of psychokinetic energy that more ghosts than ever are coming out of the woodwork! Today's secret phrase is: Hurry, Ghostbusters!

Featuring the fourth of six-interconnected covers by Schoening and Delgado.