When Eobard Thawne murdered Barry Allen's mother, he killed a piece of The Flash's past. Now, Reverse-Flash is back to kill Barry's future! The Flash's biggest storyline yet begins as he is pushed to his limits and his secrets are laid bare in a chase through time itself! Don't miss the extra-sized anniversary issue! 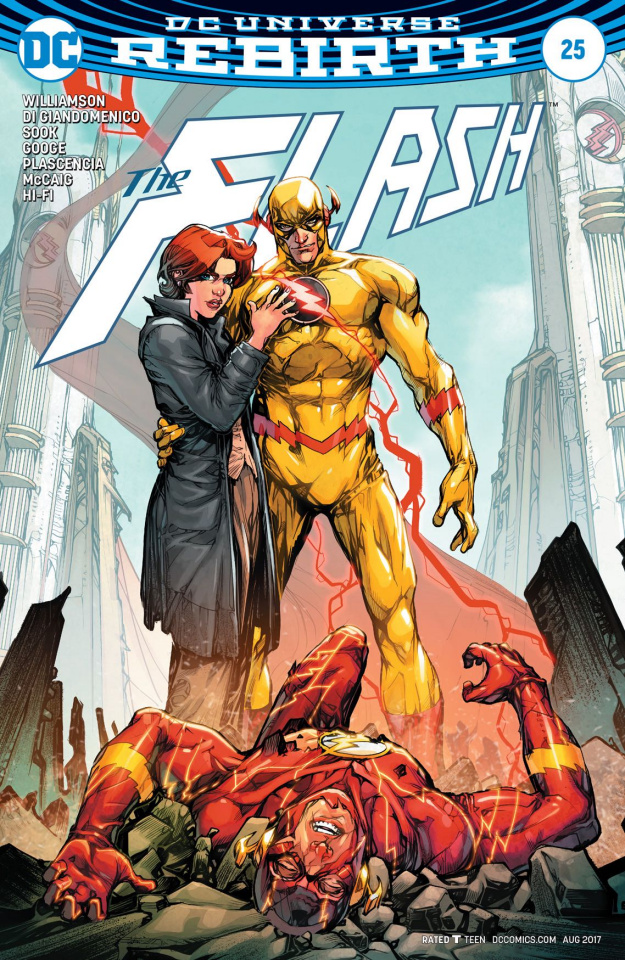