In the Wild West wilderness of the Frontier, a government official has been given the task of escorting captured servants of the vampire Nobility. Unfortunately their path to the Capital crosses into the territory of the Noble that is their master! As the convoy rushes toward the safety of the civilized city, monsters lie in wait to attack-but also, with dark and ambiguous reasons of his own, does the half-vampire hunter known only as "D." This will be a road trip that none of them will ever forget-if any of them survive, that is. The latest action-packed future-steampunk adventure from Kikuchi and Amano! 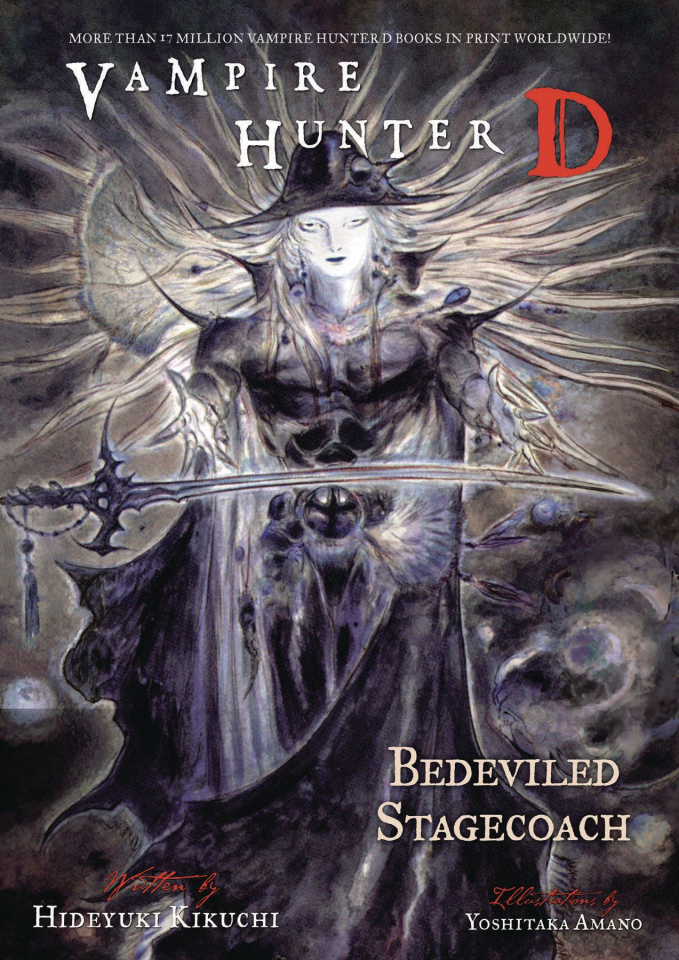