The Dark Horse Book of Horror

Mike Mignola, Hellboy, and a roster of great creators and characters explore the dark corners of the horror genre in thirty-five stories of witchcraft, ghosts, and the risen dead.

Originally published in four award-winning anthologies, these stories featured the debut of Evan Dorkin and Jill Thompson's Beasts of Burden series, and standalone stories by Kelley Jones, Kurt Busiek, and many others.

In addition to the comics, Gary Gianni (Hellboy: Into the Silent Sea) illustrates stories by legendary authors such as Robert E. Howard (Conan) and William Hope Hodgson (The House on the Borderland), and Scott Allie interviews experts in the occult fields, including a seance medium and a witch who specializes in love spells. 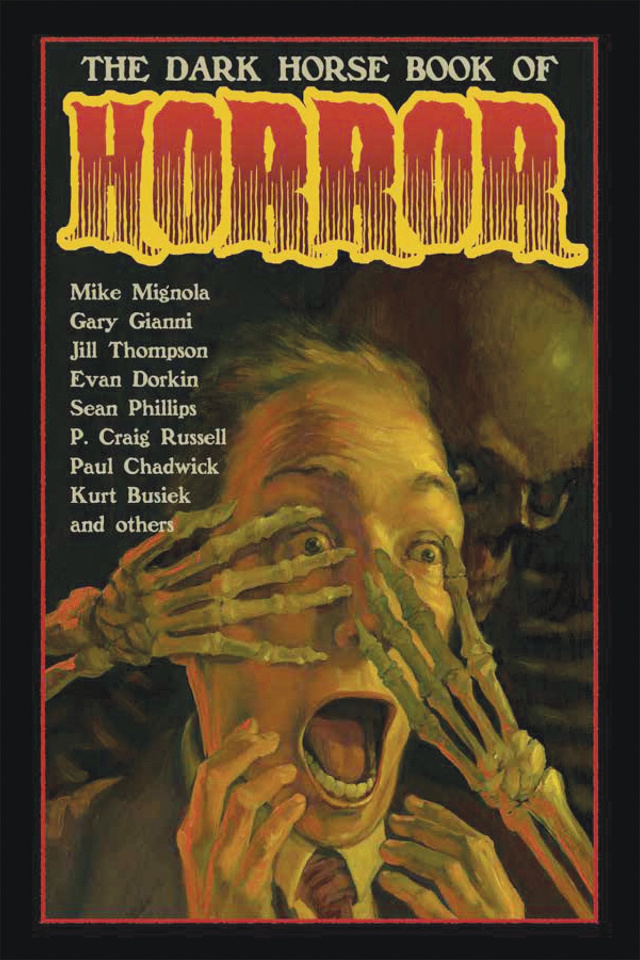