Valerian and Laureline: Ambassador of the Shadows

Who threatens the diplomatic future of Earth? And who are the mysterious Shadows? Point Central is a multicultural space station that serves as a sort of United Nations to the galaxy. Tasked with protecting the new ambassador from Earth, Valerian is kidnapped alongside his charge in a lightning commando attack. It's up to Laureline to do all the heavy lifting and slog through the seedy bowels of the station as she tries to locate and rescue them-and figure out who kidnapped them and why. Now a major motion picture in its own right directed by Luc Besson. Valerian and the City of a Thousand Planets will introduce filmgoers to the world of Galaxity and the Spatio-Temporal Service, and will be based in large part on Volume 6: Ambassador of the Shadows. 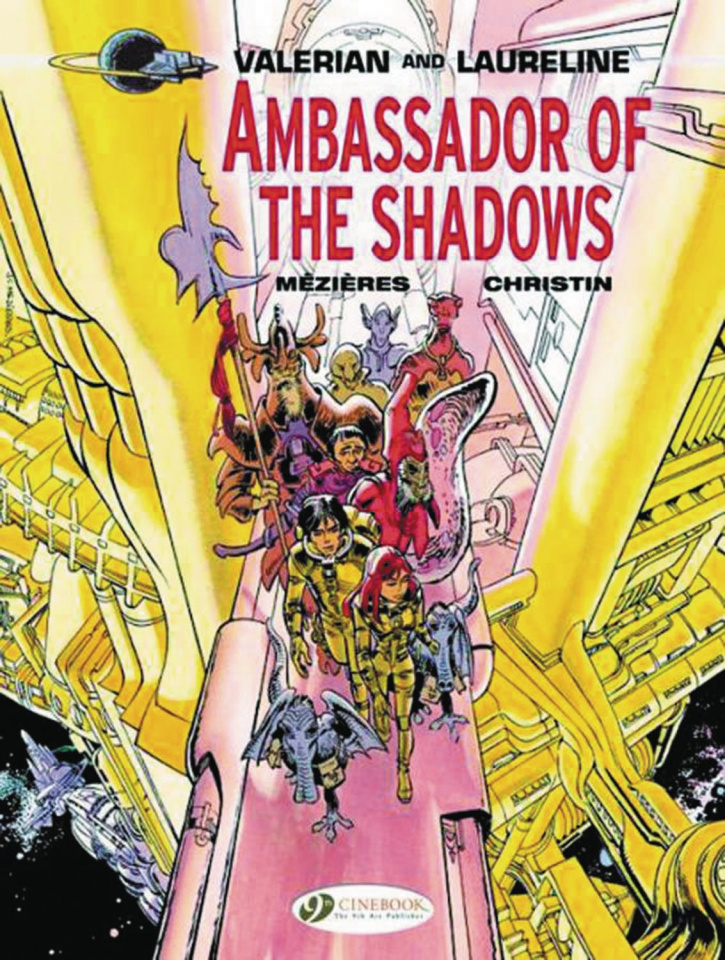