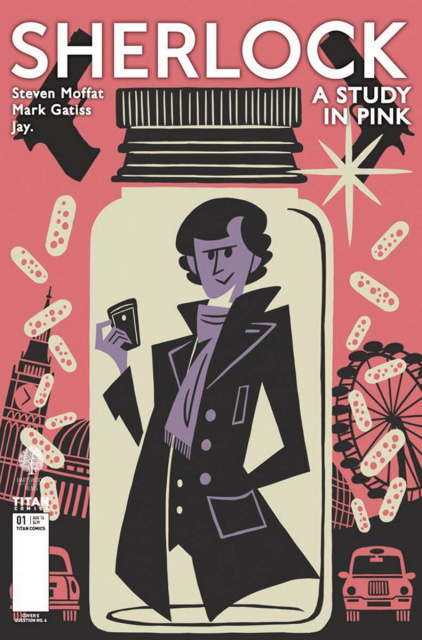 The Japanese Sherlock manga comes to the USA and UK for the first time ever! Adapting the episodes of the smash-hit Hartswood Films/Masterpiece television series that sees Sherlock (Benedict Cumberbatch) and Watson (Martin Freeman) tackling brain-teasing crimes in modern-day London, this stunning manga is presented in its original right-to-left reading order, and in the full chapters as originally serialised. Each oversized issue comes with a selection of brand-new covers by some of the best Sherlock artists around! #1 kicks things off with a 52-page special. Meet Sherlock and Watson for the first time, all over again!