This exciting and action-packed climactic issue of Dynamite's critically acclaimed series, finally finds The Sprit in the merciless clutches of the criminal warlord, Mikado Vaas! At last, this mysterious villain has stepped forward to save his daughter, Sachet Spice, and to wreck his ultimate vengeance on one of Comicdom's most famous and iconic heroes. Beaten and bloody, The Spirit fights on with the help of his beloved and familiar supporting cast... but will this finally prove to be the time that our hero can't escape death? With thirty pages of inspired story by Wagner and dynamic visuals from the art team of Dan Schkade and colorist Brennan Wagner, this highly acclaimed series that was launched to celebrate the 75th anniversary of Will Eisner's influential character at last reaches its dramatic conclusion. 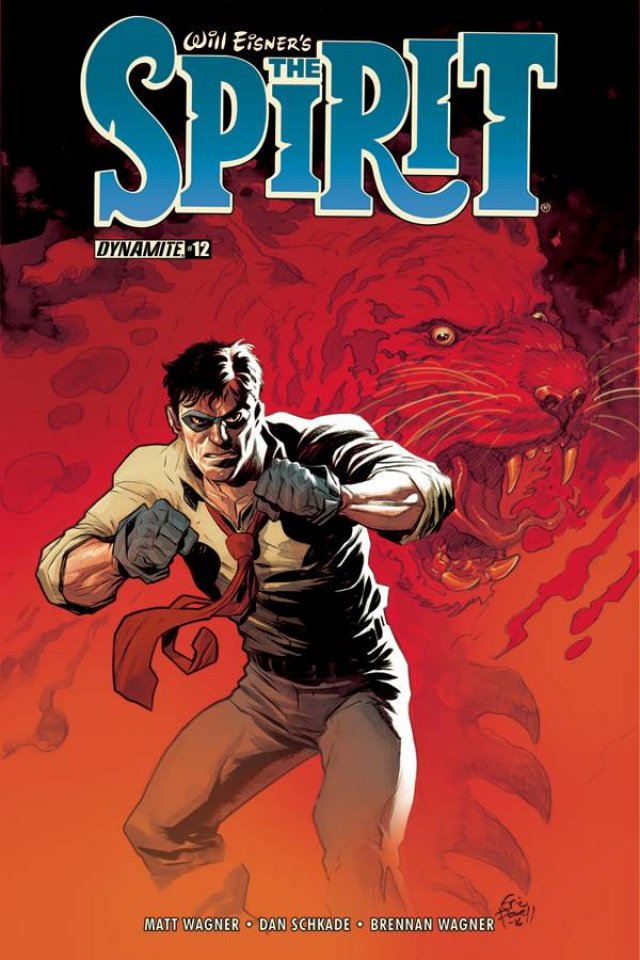