Joseph Michael Linsner, the celebrated creator of Dawn, writes and illustrates the first-ever crossover event for his beloved goddess, teaming her -- and pitting her against -- horror icon Vampirella! When the silver-tongued demon Masodik kidnaps these beautiful, powerful women, he demands that the two engage in a catfight to prove which is best suited as his new paramour. The ladies suggest to combat in a more sophisticated and feminine way: by engaging in a storytelling contest. Together, Dawn and Vampirella take us on a journey to the bloody shores of Drakulon, post-apocalyptic New York, and worlds beyond imagination. Ultimately, they know that they must join forces to overcome him... but what common ground can be found between goddess and vampire? Features an all-new introduction and never-before-seen bonus material by Joseph Michael Linsner, plus an afterword by Kristina Deak-Linsner. 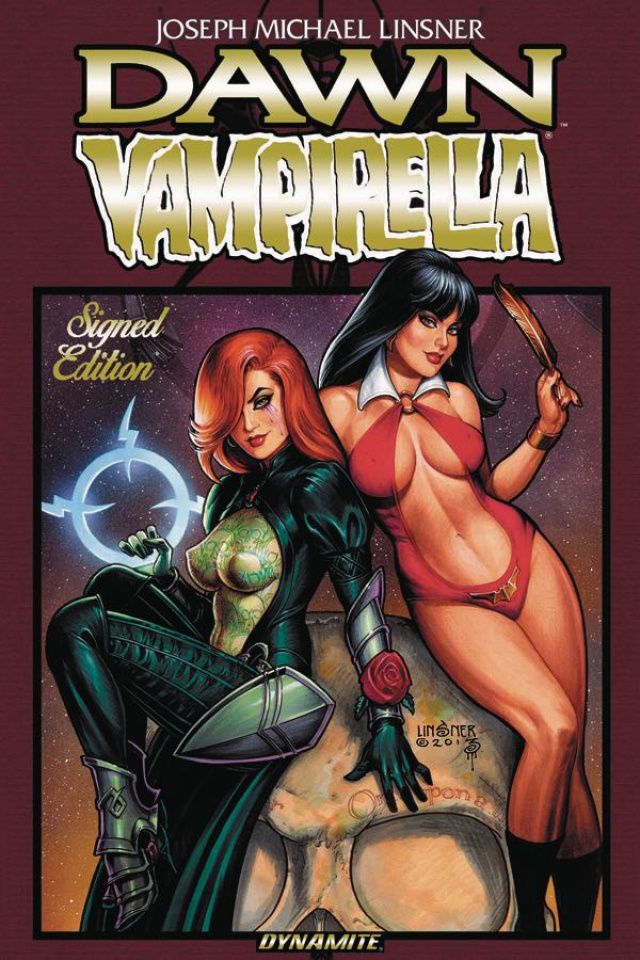