Princeless Vol. 2: Get Over Yourself

The second deluxe Princeless hardcover takes Adrienne, Bedelia, and their dragon Sparky deep into the Grasslands to find Adrienne's sister Angelica, the most beautiful princess in all of the land. Little does Adrienne know that Angelica has gained a small army of admirers and might not be so keen to leave. Meanwhile, the King has hired a group of deadly knights to track down and kill the knight he believes is responsible for Adrienne's death, unaware that he's putting out a hit on the daughter he already believes to be dead.

Collects the runaway hit sequel "Princeless: Get Over Yourself" and two Short Story One-Shots "Tales of Girls that Rock" and "Tales of the Family Ashe." 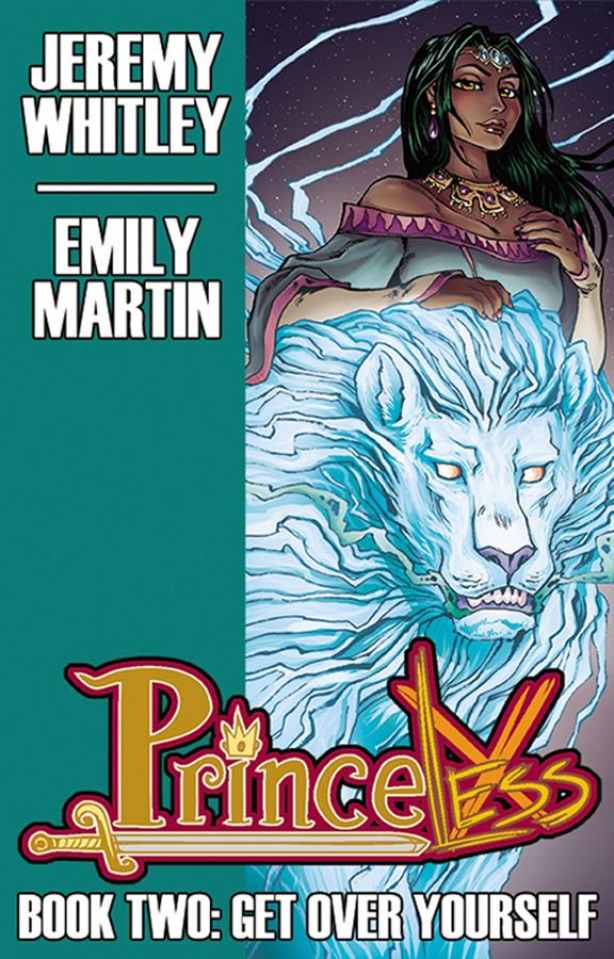