The Thunderbolts' true identities as the villainous Masters of Evil have been revealed to the world! Leader Baron Zemo's plans for global domination have been put into effect! The world's greatest super heroes have fallen under Zemo's mental control - including the Avengers, Fantastic Four and more! Who can stop Zemo's mad plans from escalating before it's too late? Only the Thunderbolts! Their time in the heroic limelight has changed some of them for the better, and they're not ready to give up these new lives just yet. But are these former villains willing to complete their redemption and fully side with the angels? Or will hard decisions and deadly consequences split the team right down the middle? Guest-starring Black Widow, Luke Cage, Iron Fist and the Heroes for Hire! Collecting THUNDERBOLTS (1997) #6-14 and HEROES FOR HIRE (1997) #7. 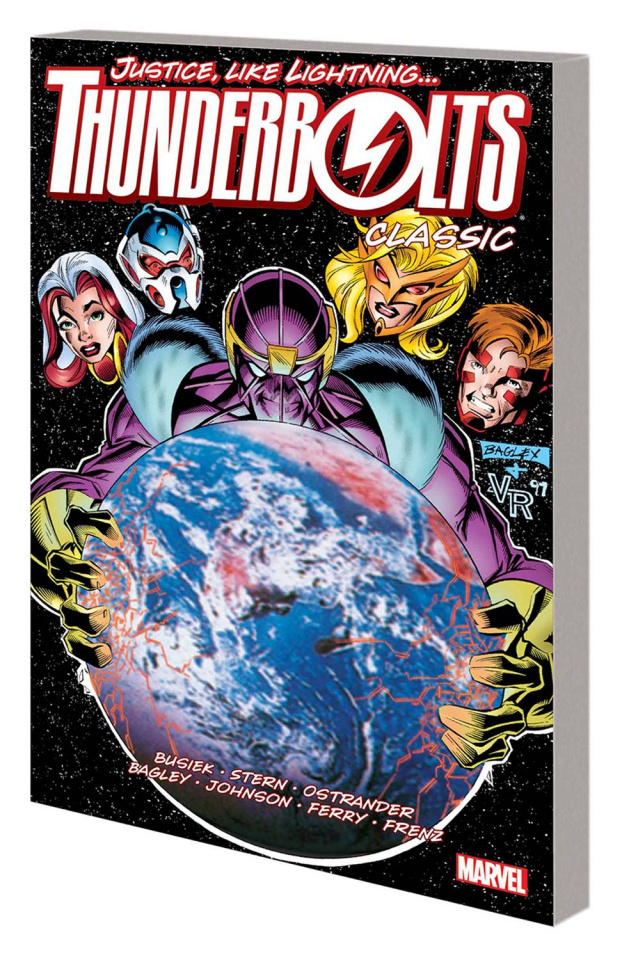