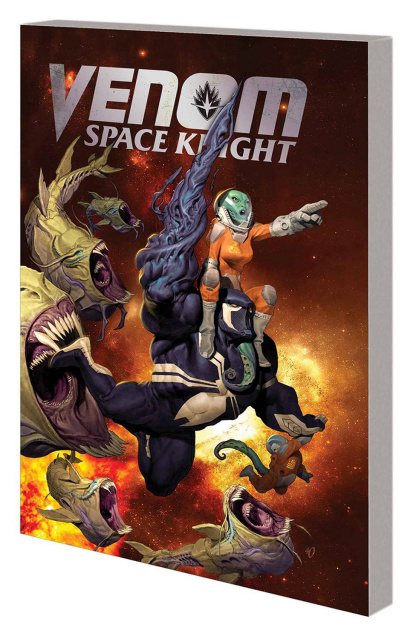 Flash Thompson is many things. Soldier. Veteran. Double amputee. Guardian of the Galaxy. Host to a powerful yet newly tamed alien symbiote. Now Flash is tasked with being an intergalactic ambassador of Earth and an Agent of the Cosmos! Join Flash for high adventure in deep space as he swashbuckles his way across the universe! But as Venom travels the galaxy, helping the helpless and punishing the violent, he will go from Guardian to gladiator when he's made to fight in an alien arena. And when facing an emergency on a planet of volcanoes, how can he serve as a Space Knight when his symbiote suit of armor is afraid of fire? And when an enemy seeks to corrupt the symbiote, will this mark the return of the big bad Venom? Collecting VENOM: SPACE KNIGHT #1-6.