In these stories from DMZ #13-28, Matty heads undercover to infiltrate a terrorist cell, interviews an enlisted U.S. soldier who's found guilty of a massacre, and turns his attention to several locals: a guerilla artist, a former ally who's now worse off than a homeless person, and the powerful head of an organization within the DMZ. 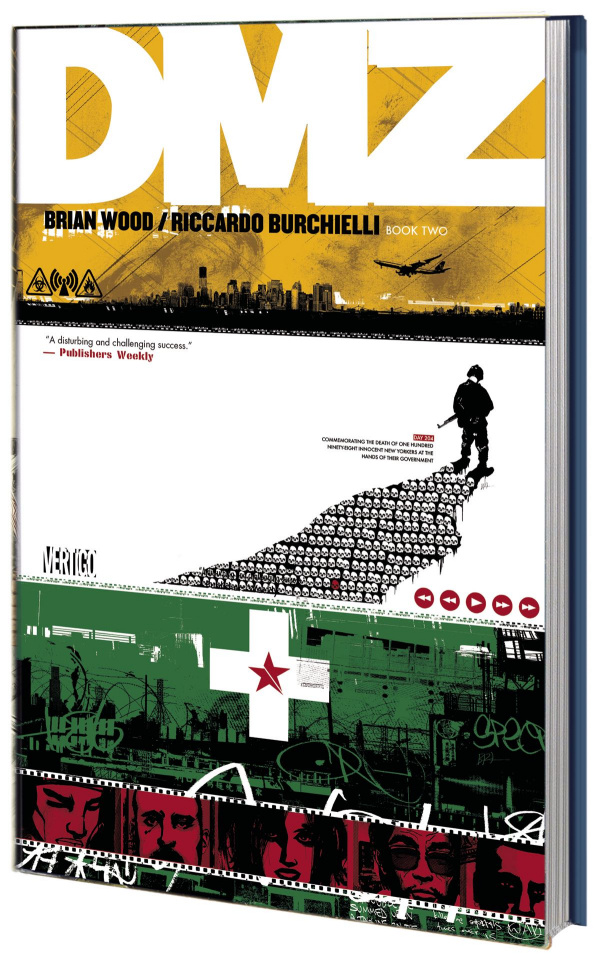