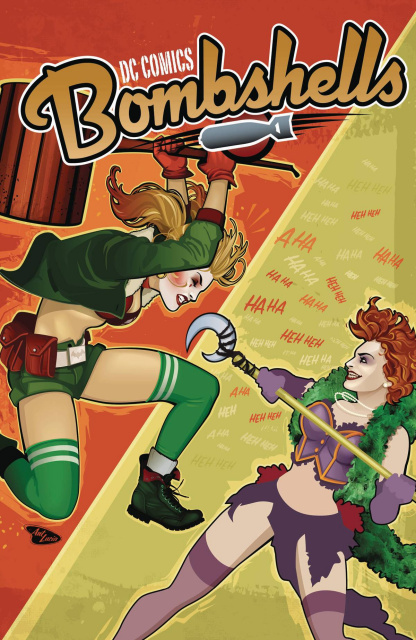 Harley Quinn and Poison Ivy make it to Berlin to find the Joker's cabaret in the hands of the Joker's Daughter, who has banished a magic-less Zatanna and Constantine onto the streets of Nazi-occupied Germany. Meanwhile, find out what happened to Mera at the Battle of Britain after being captured by Nereus as a prisoner of war.