Jay Gunn's magnificent eco-horror fable continues, as more clues to the horrific coral incursion are revealed! Yesterday, Megumi Suzuki and Ryan Fisher walked out of the waves, the first human beings to return from the primordial soup to which almost all of humanity has been reduced! What secrets are locked up in their memories, their genetic make-up, their now-blue skin? They didn't return alone; something horrific, mindless, monstrous, has followed them from the ocean. And it won't stop until they have been reunited - or destroyed! Plus, in the past, see what brought Ryan and Shauna together - and the fault-lines that divided the island community even before the Sea Sickness hit! 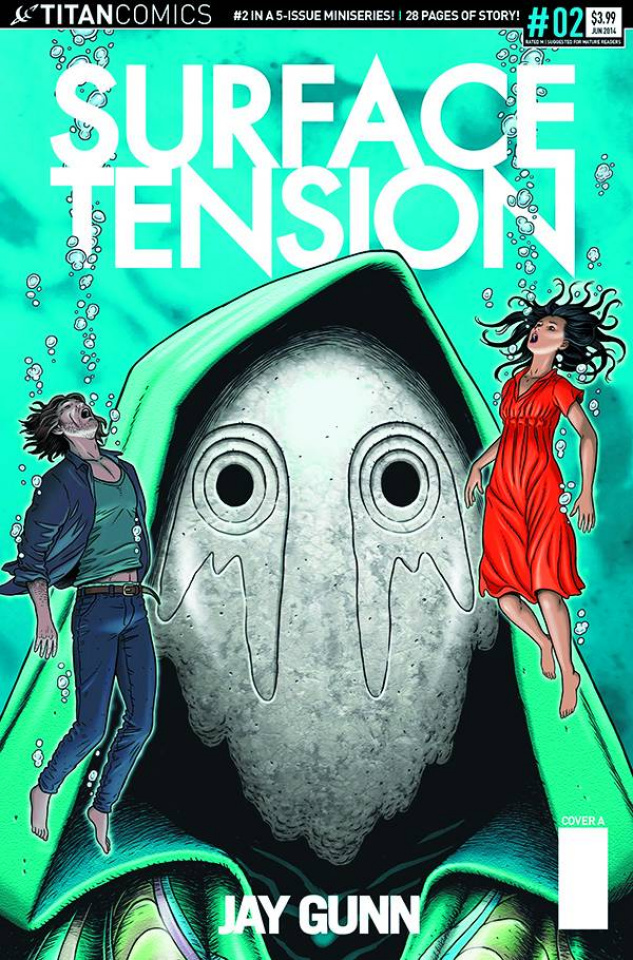