Pokémon: Ranger and The Temple of Sea

Somewhere in this world there is a Sea Temple created by the People of the Water. The Sea Temple contains a hidden treasure called the Sea Crown, but no one has ever seen the Sea Crown, or even the Sea Temple, because the temple is protected by a secret mechanism. The temple drifts through a vast ocean undetected, waiting. When Ash and Pikachu meet Lizabeth, a descendant of the People of the Water, they dive headlong into a sea of adventure, hounded by the nefarious pirate known as The Phantom! The manga tie-in to Pokémon Movie 9! 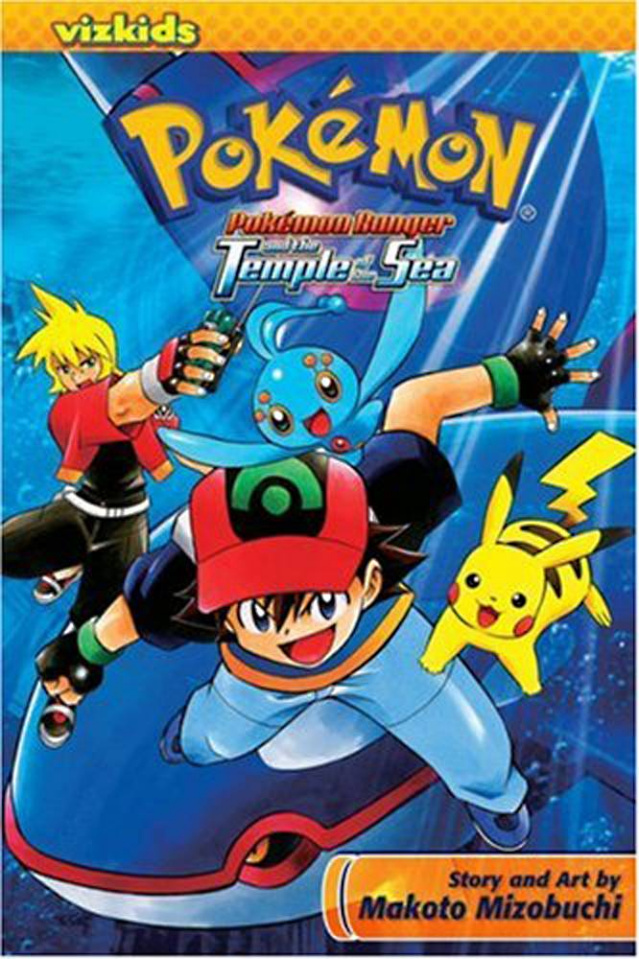