Retreating from the mad, mad world of mechanical overlords, Magnus descends into the SubStructure, where a bizarre collection of feral humans called Gophs live free from robot society. Winding up in the Uncanny Valley, a forbidden sex and death club, the timelost rebel discovers a gladiatorial pit where humans fight to the death, and the slain are dismembered for spare parts. Can Magnus hold his own against the merciless Goph hordes? Collects issues #5-8 of the ongoing Magnus: Robot Fighter series. 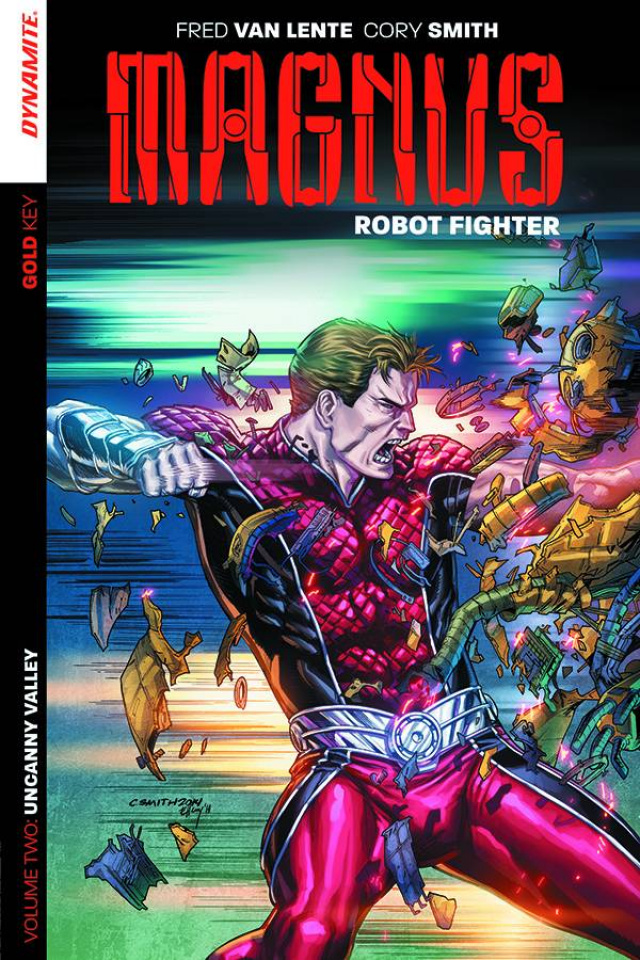