Towerkind is an oblique end-of-the-world story as seen through the eyes of a diverse group of kids in Toronto's St James Town, a neighbourhood densely filled with high rise apartments. The kids in this 'towerhood' become aware of an impending catastrophe through their strange supernatural abilities. Something is revealing itself through cracks and crevices - and through the children in the neighbourhood. Towerkind was originally self-published by Kat Verhoeven as a series of mini comics. This edition collects all issues of her Ignatz Award-nominated series. 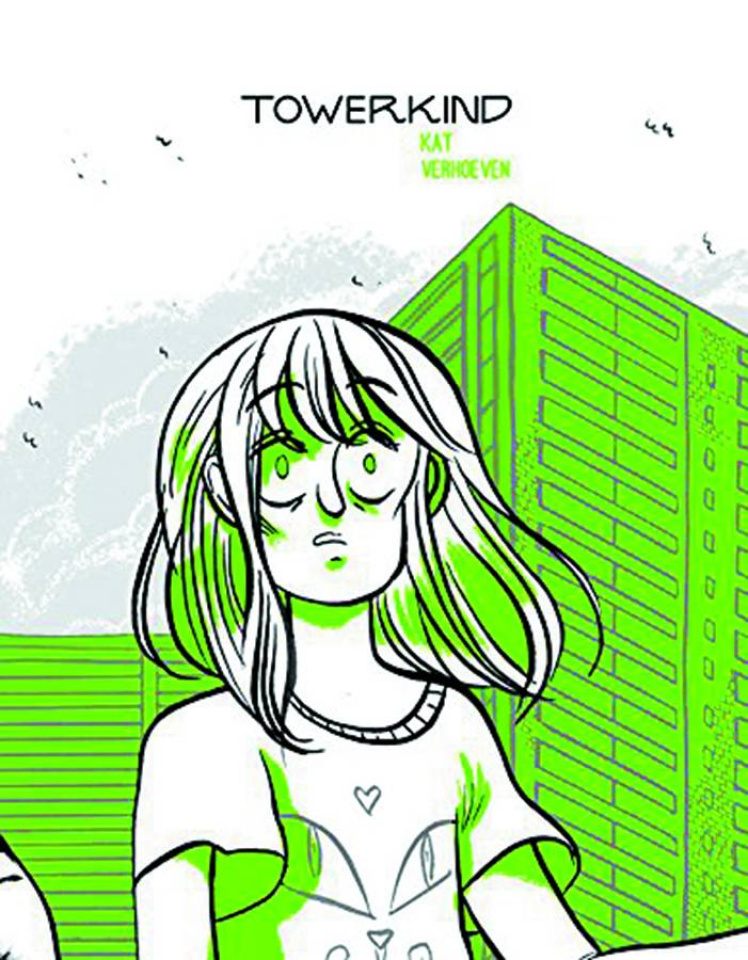