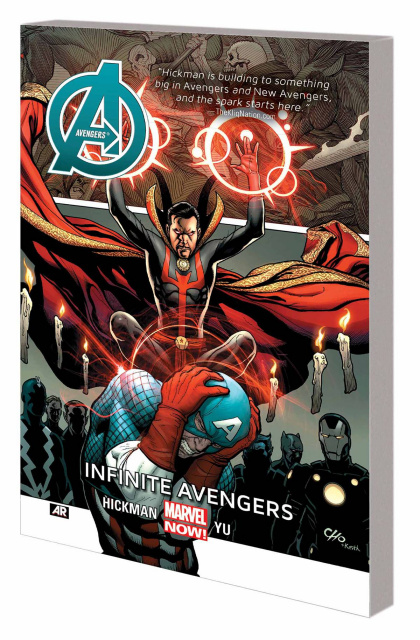 ORIGINAL SIN tie-in! Remember when the Illuminati erased Captain America's knowledge of their existence? So does Captain America! The Illuminati have fortified themselves to save the Earth - but Captain America will remind them of the cost. And as Avenger faces Avenger, the Time Gem reappears and takes the team on a peril-filled journey forward into days-to-come! 50 years into the future, the Avengers meet with the legacy of their actions! Then, 5,000 years into the future, the rogue planet's mysterious origin is revealed! And finally, 50,000 years into the future, Earth's Mightiest Heroes find themselves on Holoworld, captured in conceptual space. But as they try to figure out how to defeat an idea, the first Avenger meets the last Avenger, the Avengers World crumbles, and you won't believe what comes next. Collecting AVENGERS (2012) #29-34.