Guardians of the Galaxy and the X-Men: The Black Vortex

The Black Vortex, an ancient artifact of immeasurable power, is now in Mr. Knife's hands! With billions of lives at stake, Star-Lord must steal it back - with the help of both the Guardians and the X-Men! But as a schism forms between the heroes, Knife's Slaughter Squad closes in! Beast and Kitty must decipher the Vortex Book as Ronan, Nova and the Brood get involved, and Spartax falls! The Vortex grants near-infinite power to Knife's forces; to counter them, the heroes will have to submit to its power themselves! Will the X-Men and Guardians lose their humanity forever? Collecting GUARDIANS OF THE GALAXY & X-MEN: THE BLACK VORTEX ALPHA #1 and OMEGA #1, GUARDIANS OF THE GALAXY (2013) #24-25, LEGENDARY STAR-LORD #9-11, ALL-NEW X-MEN #38-39, GUARDIANS TEAM-UP #3, NOVA (2013) #28, CYCLOPS (2014) #12, and CAPTAIN MARVEL (2014) #14. 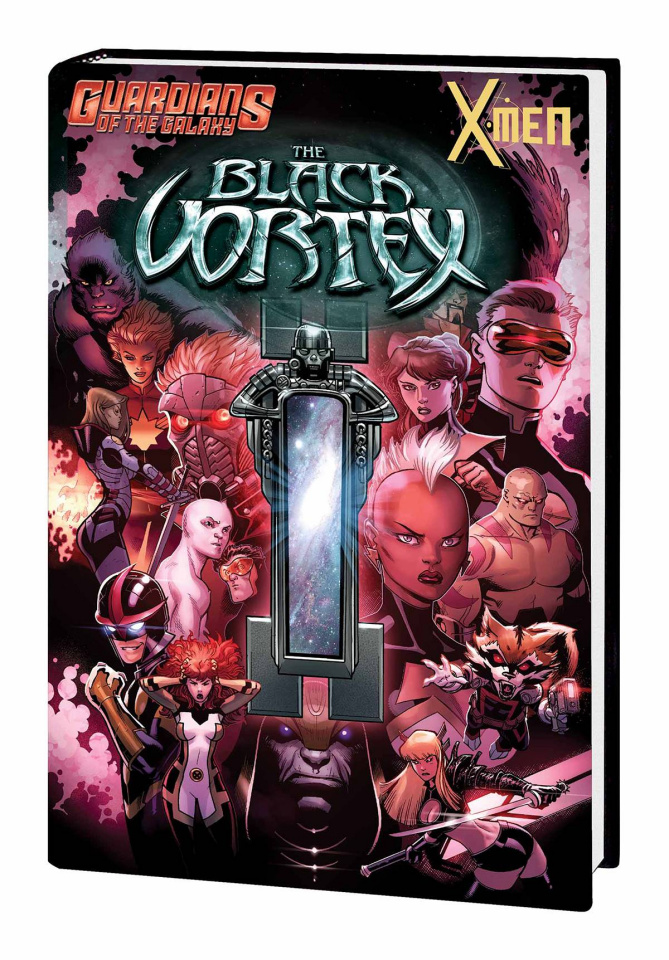