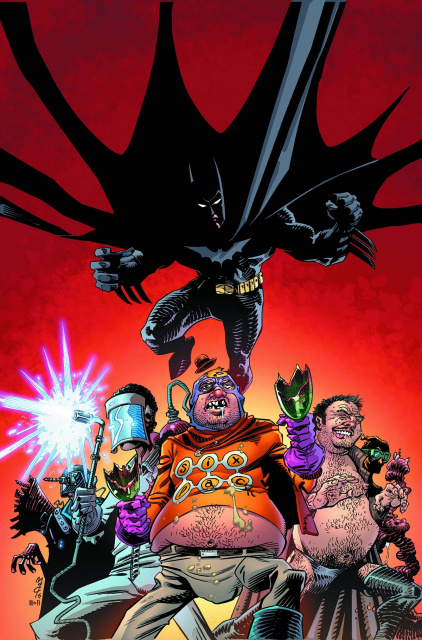 The greatest super heroes of all time, unseen since the end of the hit series HITMAN, have returned for the greatest super hero story ever told! Befuddled hero Sixpack returns to Gotham City, desperate to rebuild the all-star team known as Section Eight in the face of a deadly threat. He gathers old friends Bueno Excellente, Baytor and the seemingly reborn Dogwelder, along with some new faces - but he still needs that elusive eighth member. And that's when the Dark Knight Detective gets an offer he can't refuse in part one of this unforgettable six-issue miniseries.