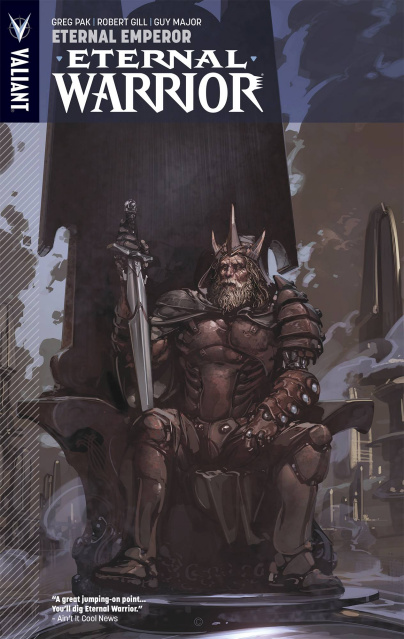 Long live the Eternal Emperor! Two thousand years from today, the planet has been transformed by science, technology...and war. The centuries have not been kind to the Earth's own undying warrior, but a battle that could change everything is only just beginning for the Eternal Emperor and the tattered remnant of humanity under his protection. Will this be a new dawn for the age of heroes - or its death knell? And what uncanny confluence of science, myth, and magic has rendered the world - and its own Eternal Warrior - into war-ravaged remnants of their former selves? Collecting ETERNAL WARRIOR #5-8, the Fist and Steel's battle continues right here as New York Times best-selling writer Greg Pak (Batman/Superman) and rising star Robert Gill build a bridge to the year 4001... and unearth a brand-new era for the heroes of the Valiant Universe.

"It's a thing of beauty and further proof that Valiant is publishing some of the best comics around." - IGN