FROM ROME TO VALHALLA WITH PRINCE VALIANT!

In our ninth volume, Arn tries his hand at being a warrior, Merlin is bewitched by Nimue, and Tillicum and Boltar have a son named Hatha - the first interracial baby "born" in comics. Most of the second half of this volume follows Gawain and Val's pilgrimage to the holy city of Jerusalem and Queen Aleta's return to the Misty Isles, where treacherous nobles seek her throne... and her death. Also featuring a look at Prince Valiant's 1954 escapades on both the large and small screens by Foster scholar Brian M. Kane. As with all the previous volumes in this highly acclaimed series, these pages are reproduced for the first time from Foster's personal set of color engraver's proofs, the most impeccably produced Prince Valiant series ever produced. 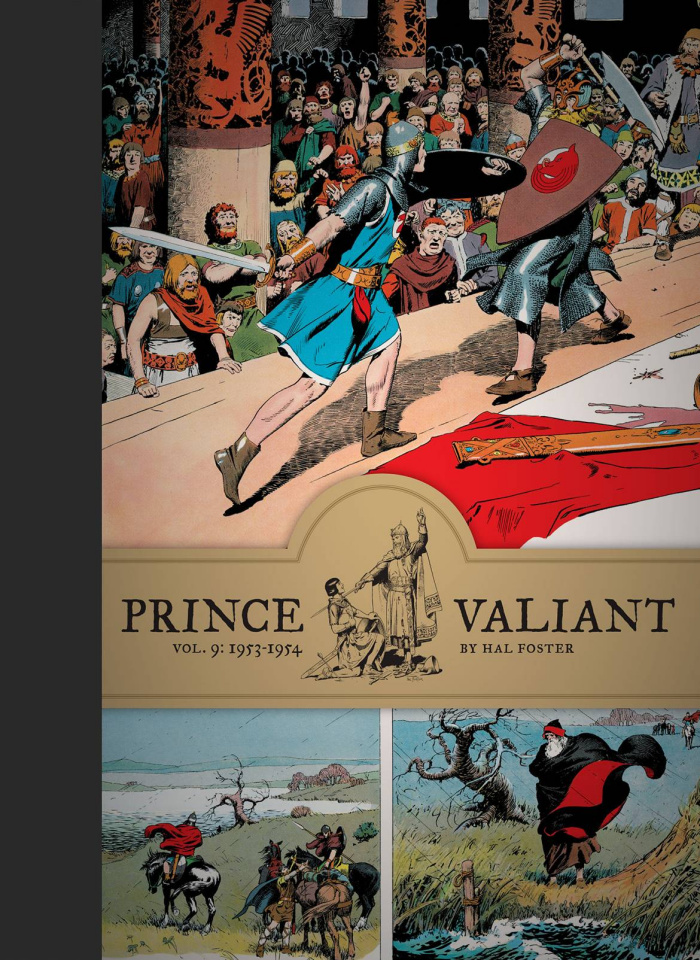