The thrilling sequel to Fearless Dawn's "Jurassic Jungle Boogie Nights" is here at last! In an attempt to leverage some bargaining power, the evil Helga Von Krause kidnaps Fearless Dawn's canine companion, Dogface. But the trick takes an unexpected turn. Fearless Dawn has become a menace to herself and others! Fans of The Rocketeer, The Goon, and MAD Magazine are sure to get a kick out of this series, from the inimitable mind and pen of Steve Mannion! Also features a "Manly" Mannion sketchbook section. 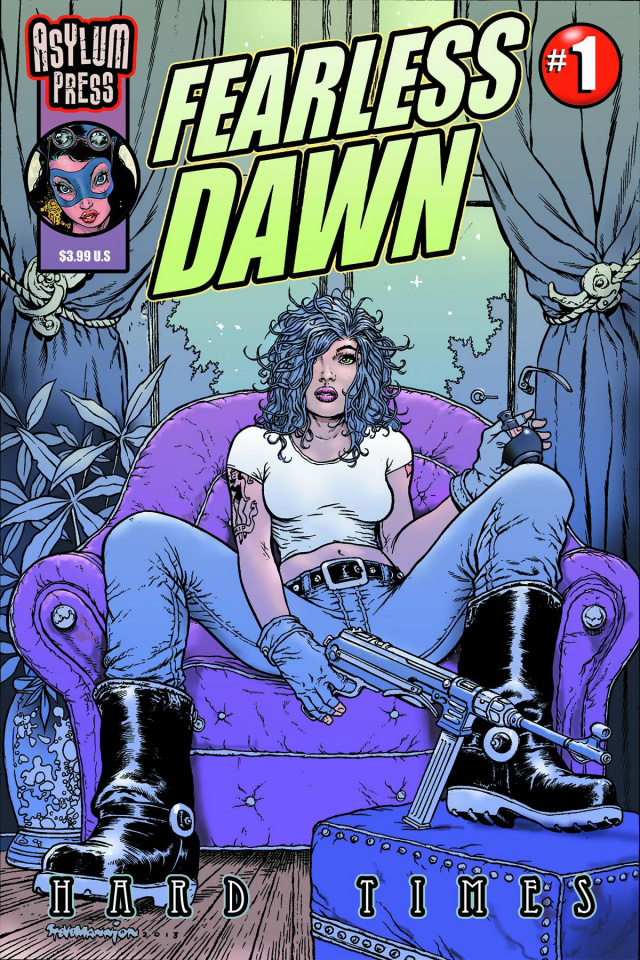