The sold out Fathom Definitive Edition TPB returns to print! Collecting together everything ever published from the original Fathom Volume 1...The rare Fathom Preview, issues #0 and #1/2, issues #1 through #9, including the special add-in pages, plus the sold out issues #10 and #11! Plus, re-envisioned pages and excerpts from issues #12 through #14, focusing on Aspen and Cannon's ordeal with Vana, both original Fathom Swimsuit issues featuring pin-ups from a host of today's top artists, along with a jam-packed Fathom cover gallery and more rare and seldom seen Fathom goodies as only Michael Turner and Aspen could deliver! If that's not enough, we also included the complete Aspen Extended Edition which bridges the gap between Fathom Volume 1 and Volume 2, and also features the first appearance of everyone's favorite Blue warrior goddess, Kiani!! Combine all that together, and you have 496 massive pages of everything that was Fathom Volume 1. This is THE DEFINITIVE FATHOM collection and an absolute must for any Aspen, Fathom, Michael Turner, or comic book fan, period. 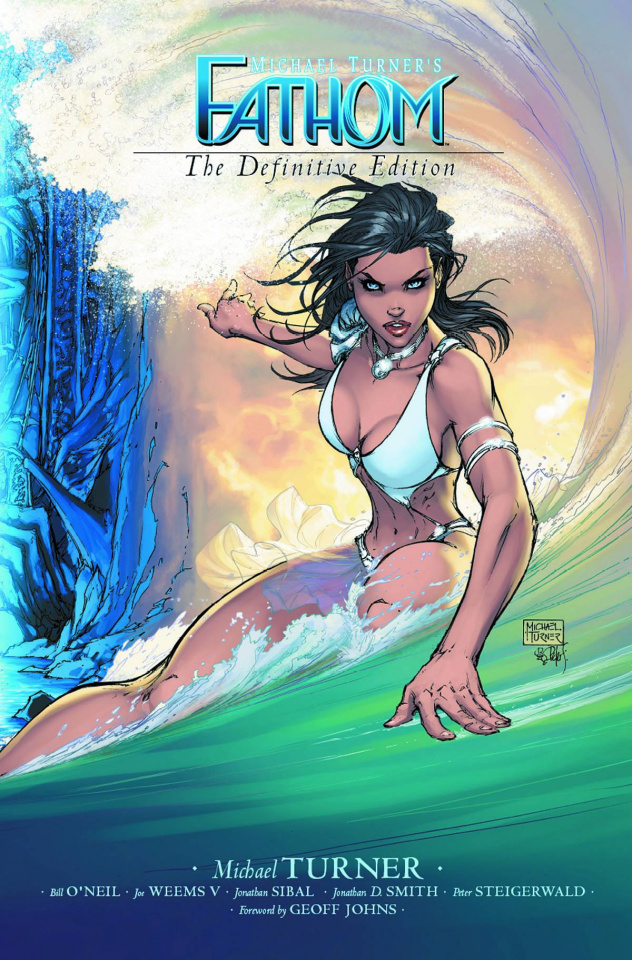