The Inhumans have taken flight to outer space! Their destiny as rulers written in the ancient fates, Black Bolt and the royal family have taken command of the Kree Empire! Meanwhile, Vulcan, power-mad brother of the X-Men's Cyclops and Havok, has become the newest emperor of the Shi'ar, the most advanced military civilization in the galaxy! What happens when these mighty powers turn their rage upon one another? And what happens to those caught in the crossfire? When two mighty powers wage war, who will rule? Featuring the Guardians of the Galaxy, Darkhawk, the Starjammers and more cosmic favorites, the War of Kings is a battle that may rip the universe asunder! Collecting SECRET INVASION: WAR OF KINGS, WAR OF KINGS #1-6, WAR OF KINGS: WHO WILL RULE, ROAD TO WAR OF KINGS and MARVEL SPOTLIGHT: WAR OF KINGS. 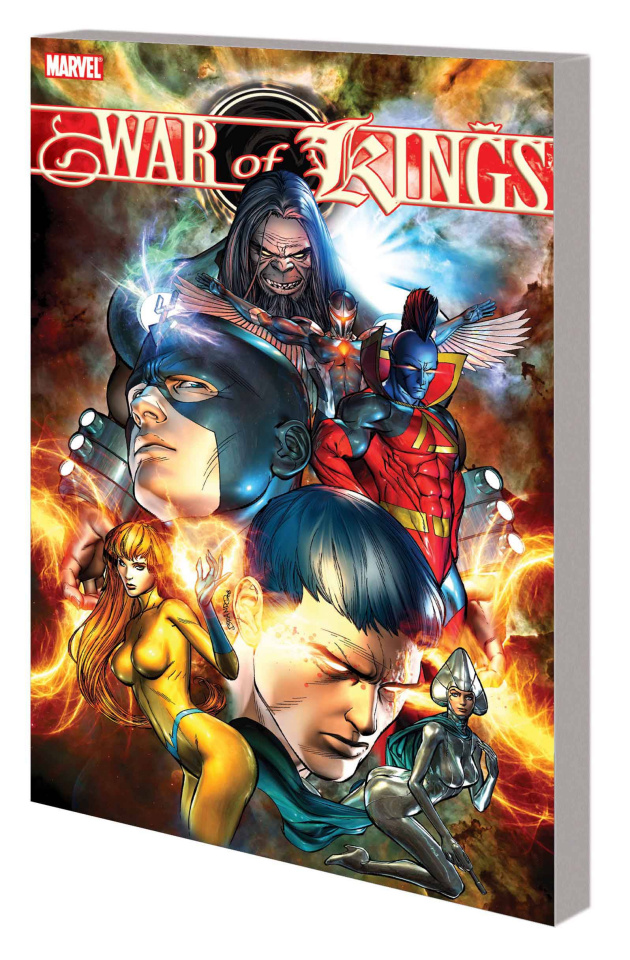