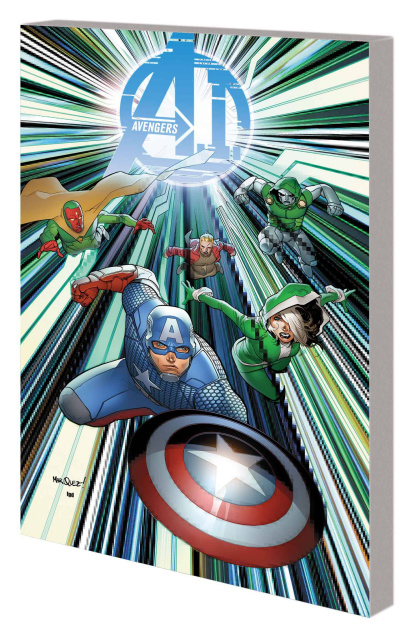 The war between organic and artificial intelligence destroys the world of tomorrow! Dimitrios, vengeful scion of Hank Pym and Ultron, downloads destruction in his quest to eradicate civilization - but the Vision's squad teams with the Uncanny Avengers to infiltrate the Diamond and stop the metal menace from going global! Meanwhile, S.H.I.E.L.D.'s elite Robot Hunter Squad debuts - with an android member you'll have to see to believe! The consequences reach far, far into the future - all the way to 12,000 AD! Humanity is extinct, and machines battle across the galaxy - but how have the Avengers evolved? And what is the Galactus Bomb? Witness Dimitrios' final gambit against all of creation as he takes on the Avengers Empire for the fate of an entire galaxy! Plus: an INHUMANITY tie-in, guest-starring Daredevil! Collecting AVENGERS A.I. #7.INH and #8-12.