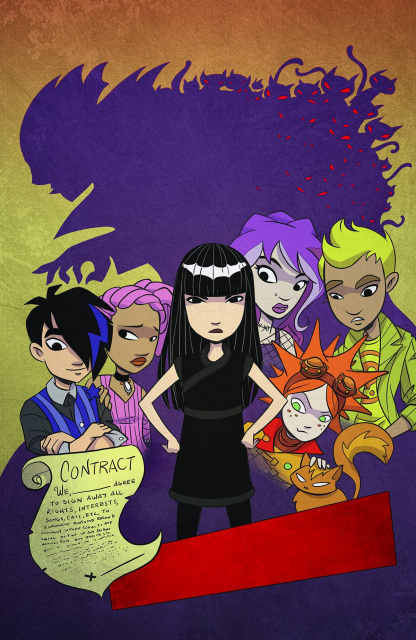 Emily & The Strangers: Breaking the Record #1

Emily-and her new band, the Strangers-won the battle of the bands and received a record contract with Awesomely Awesome Records, but can the girl who just figured out how to get along with her friends manage dealing with a major corporation?

An Emily the Strange feature film is in development.

"Reger's emo/gothic vision shines through in the punk-themed plot and in Emily's edgy dialogue." -PopMatters