UNLEASHED Tie-In! As a ferocious werewolf cleaves its way through the city, the time-lost monster hunter Roman must track the wolf to his quarry... a young girl named Charlotte who has suffered a bite from the wolf. What he doesn't know is that a secret government facility has taken Charlotte into custody, intent on finding out what makes her tick. Don't miss the new landmark horror series from Zenescope and Mark L. Miller of Jungle Book! 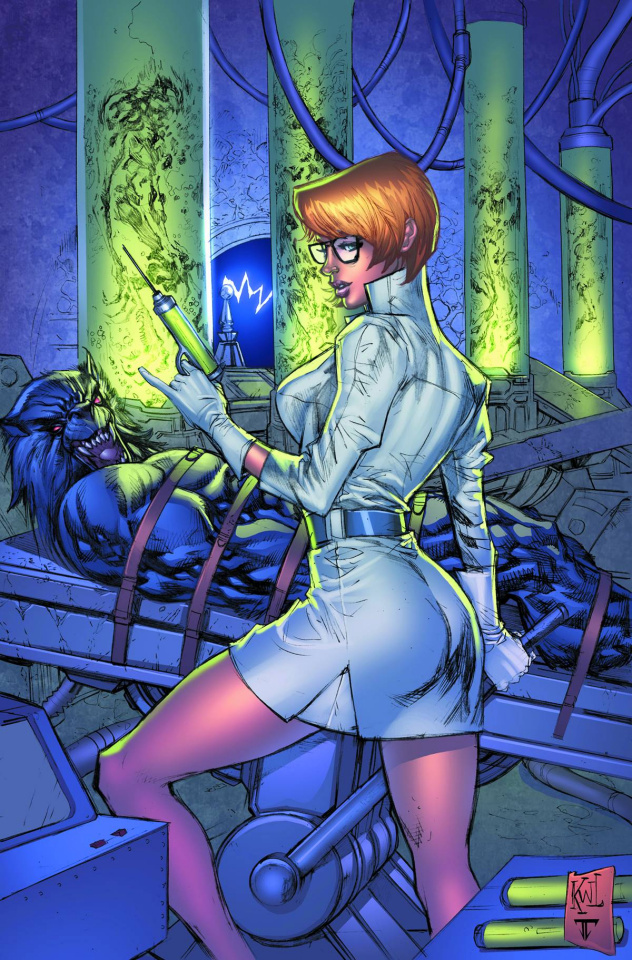