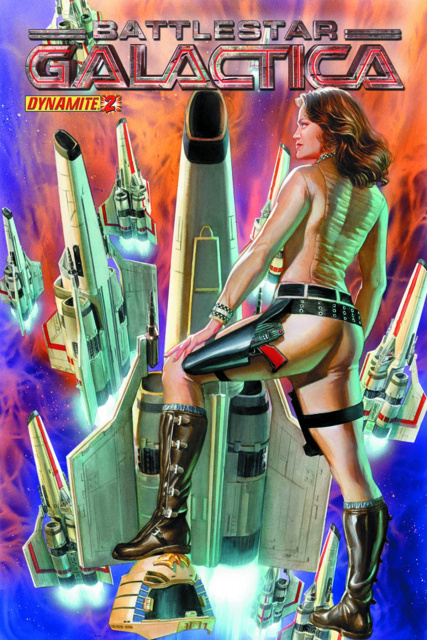 In celebration of the 35th anniversary of the original Battlestar Galactica TV series, Dynamite's brand-new Battlestar Galactica series continues! Issue #2 is written by cosmic supremos, Dan Abnett & Andy Lanning (Legion, Nova, Guardians of the Galaxy) with artist, Cezar Razek (Classic Battlestar Galactica, Vamarella vs Fluffy) and legendary cover artist Alex Ross. Issue #2 finds Apollo and Starbuck lost in time and space after a brutal Cylon attack on the Galactica resulted in a temporal explosion that consumed the battlestar and whipped it from the timeline. Now they have to find a way to return home in a reality where the Battlestar Galactica never existed and the Cylon's rule supreme.