In 1943 Miss Fury is drunk and suicidal, tight rope walking on the edge of one of Manhattan's highest skyskrapers, in 2013 she's involved in a life-or-death high speed bike chase through the centre of Washington DC with time travelling armoured Nazi agents. Which reality is true? Meanwhile, CIA Agent Harmon reveals to Miss Fury the true identity of the scientist who sent her hurtling through time, but when she tracks down one of the top Nazi agents in 2013, she discovers the that her war may have already been lost.. 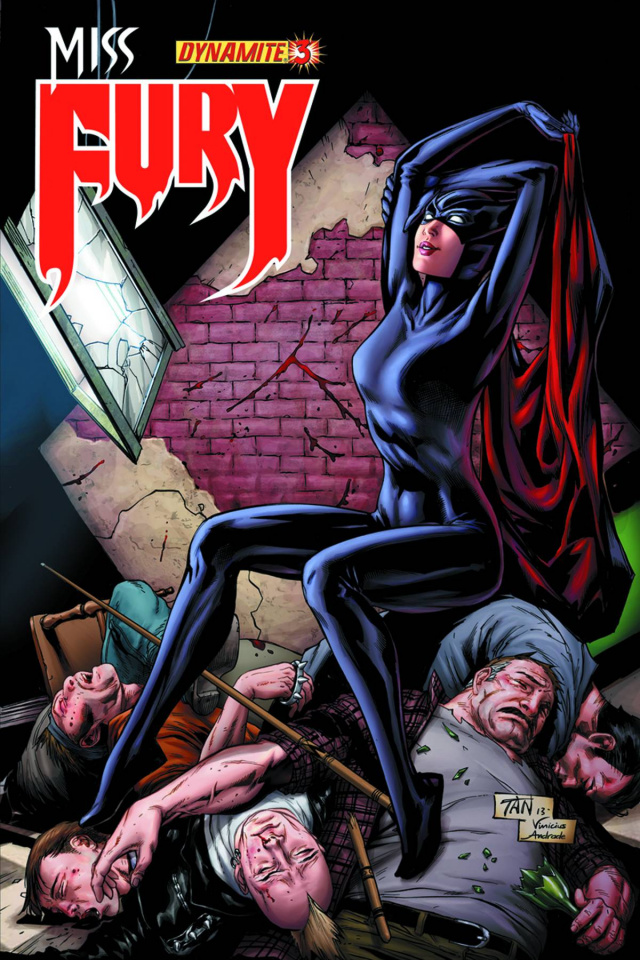