Unlikely partners Nox and Red Reaper have survived the attacks of the deadly alien invaders, traversed the post-apocalyptic landscape of the U.S., and formed a rag-tag alliance of former heroes and villains. Now...they plan to strike back. Written by Simon Spurrier (Marvel's X-MEN LEGACY, X-CLUB) and drawn by hot new talent V Ken Marion (GRIMM FAIRY TALES), EXTERMINATION is a super-hero survival story by an author that boldly explores the dark crevices of an entire genre! Collecting issues 5-8 of the twisted series, join Nox and Red Reaper as they make their final assault on the Abattoir, a last-ditch attempt to free Absolute and rid the Earth of the EDDA menace. 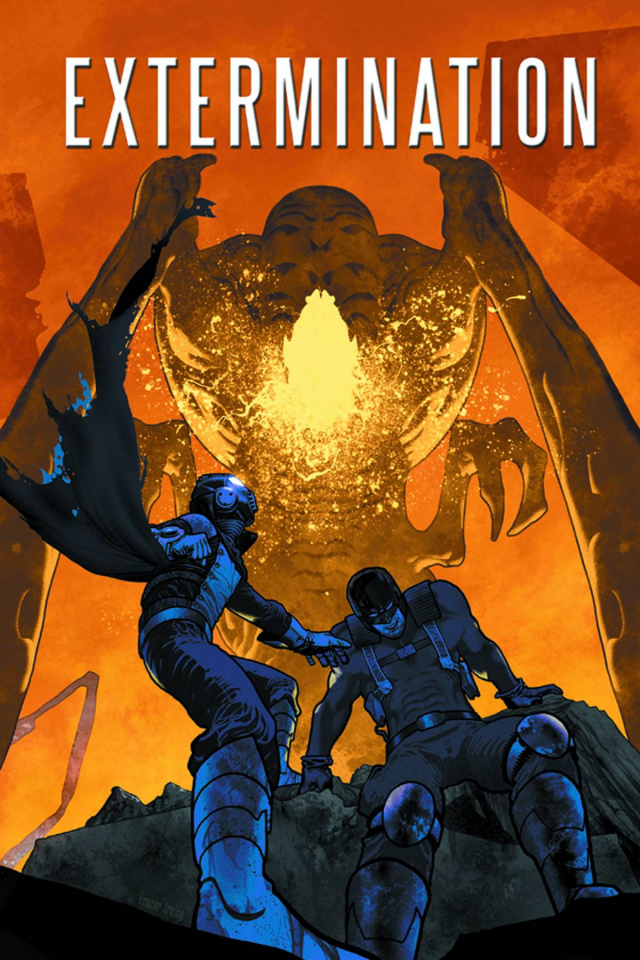