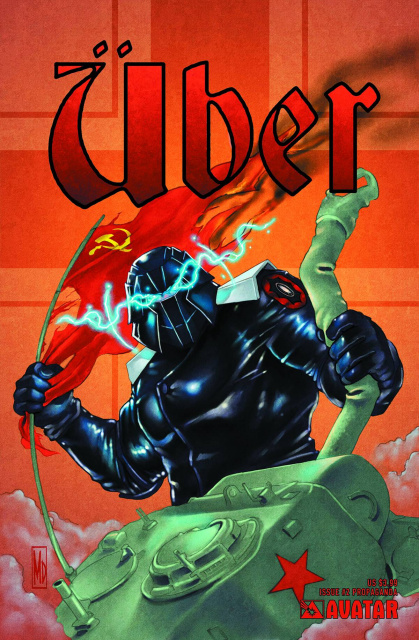 KIERON GILLEN has created a frightening alternate timeline where the Nazi war machine introduced super powered soldiers into the dying days of World War II. As one spy flees Germany with the secrets of the Ubers, the world around her falls to pieces under the onslaught of these living weapons and the Allies struggle to contend with the destruction left in their wake. The last days of Hitler's reign of terror are coming but the monsters of the master race are determined to make their enemies pay to the last. Available with Regular or Wraparound cover by Caanan White , Propaganda Poster cover by Michael Dipascale, and a special Blitzkrieg Incentive cover by Caanan White.