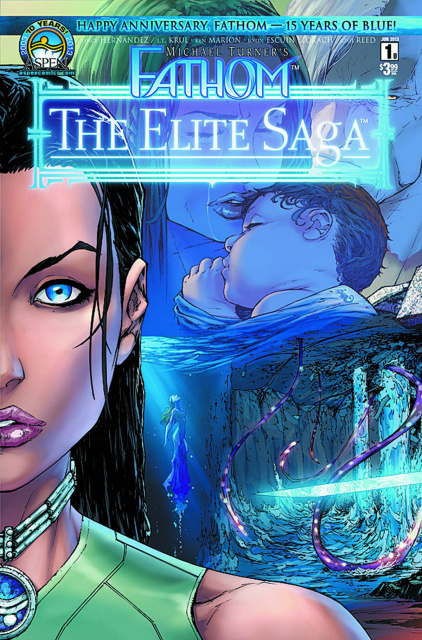 The most epic storyline in Fathom's 15-year history starts now! Aspen Matthews is attempting to find solace above the surface by distancing herself from the demons of her past. Kiani is imprisoned within the underwater capitol city of Muria. And Killian is in search of his missing wife Anya, and his newborn child Anika, who fled their home in his absence. Yet, all of their paths will soon collide as the child's true nature could lead to immense power falling into the wrong hands, and those in search of her will stop at nothing to obtain her! Aspen newcomer Ken Marion is joined by an all-star group of past and present FATHOM writers, all coming together for a FATHOM story 15 years in the making! Plus, fan-favorite artist Talent Caldwell returns with a stunning 5 part interconnecting cover! Fantastical new lands will be explored, and a host of new (and deadly!) characters will be introduced, all leading up to an unbelievable new direction in the All New FATHOM Universe!