Legacy of the Crusaders

A super hero legacy is born! In one of history's greatest battles against the forces of evil, The Mighty Crusaders did the impossible: they won. Now, witness their heroic battle for the fate of the world like never before in this unique graphic novel collection from Red Circle Comics! Using an innovative blend of new and classic material, Legacy of the Crusaders takes readers on a tour of the Red Circle universe, guided by the characters themselves! Picking up directly following the events of New Crusaders: Rise of the Heroes, our new team of young heroes struggle under the tutelage of the world's first patriotic super hero: the Shield. The Shield teaches these New Crusaders about the early history of their parents, the Mighty Crusaders, seen by the reader in the form of some of the best classic tales from the 1980s Red Circle super hero titles. Featuring legendary comic artists such as Steve Ditko and Alex Toth! 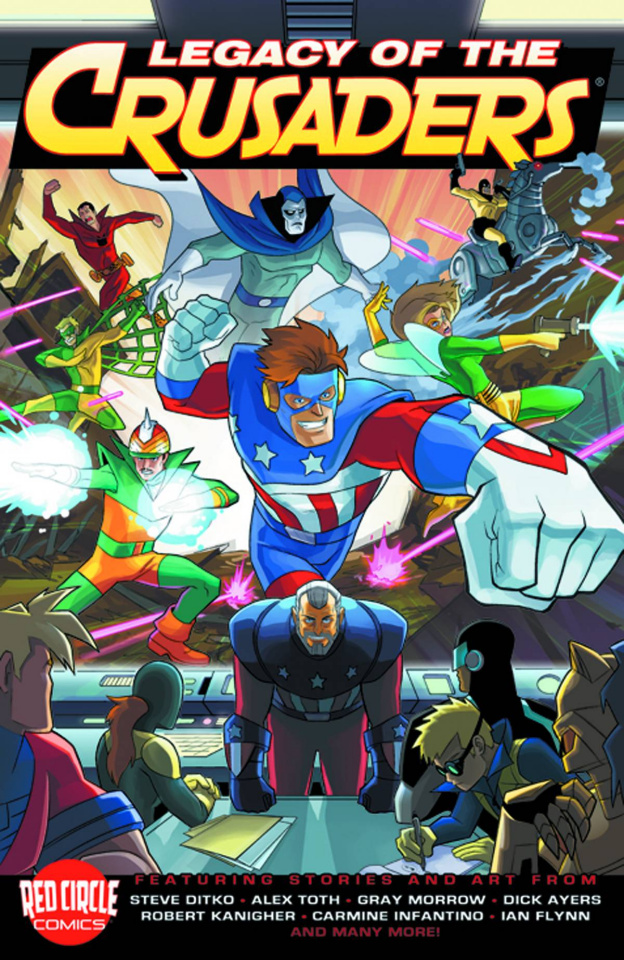