Thor: Gods and Guardians of the Galaxy

The God of Thunder's most thrilling adventures are chronicled in this tumultuous, time-spanning tome! First, Thor tackles two technological terrors: the dastardly Damocles and his Cobalt Cannon, and the computerized consciousness called FAUST! Then, it's a war of the gods as Thor and his followers take on Marvel's resident Prince of Power, Hercules, and his own awesome army! And last but not least, the far-flung futuristic finale features Thor and Marvel's soon-to-be Silver Screen stars the Guardians of the Galaxy in blazing battle against Korvac and his Minions of Menace! Guest-starring Iron Man, Nick Fury, the Avengers and more! Collecting THOR (1966) #267-271 and ANNUAL #5-6. 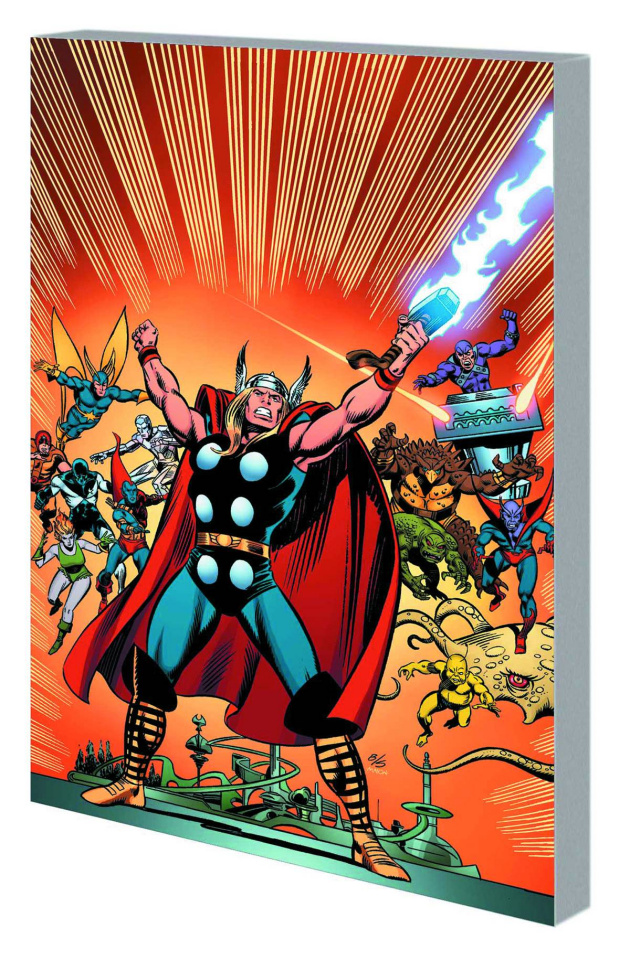