American Reconstruction begins! Can the shattered nation recover after the dramatic events of "United We Stand"? President Cap takes charge, Thor makes a momentous decision, the Iron Patriot attacks, and Black Widow becomes director of S.H.I.E.L.D.! But as the country slowly rebuilds, President Cap faces a painful reality as he learns who's behind the latest wave of attacks! What is the secret of Scorpio? How will Captain America juggle his duties as president and handle the ever-deadlier Hydra insurgency? And most important, who are the West Coast Ultimates? A new wave of super heroes debuts, but they're directly opposed to President Cap. Can the Ultimates stop this powerful threat? And can the fragile America survive a super-powered battle royale? Collecting ULTIMATE COMICS ULTIMATES #18.1 & #19-24. 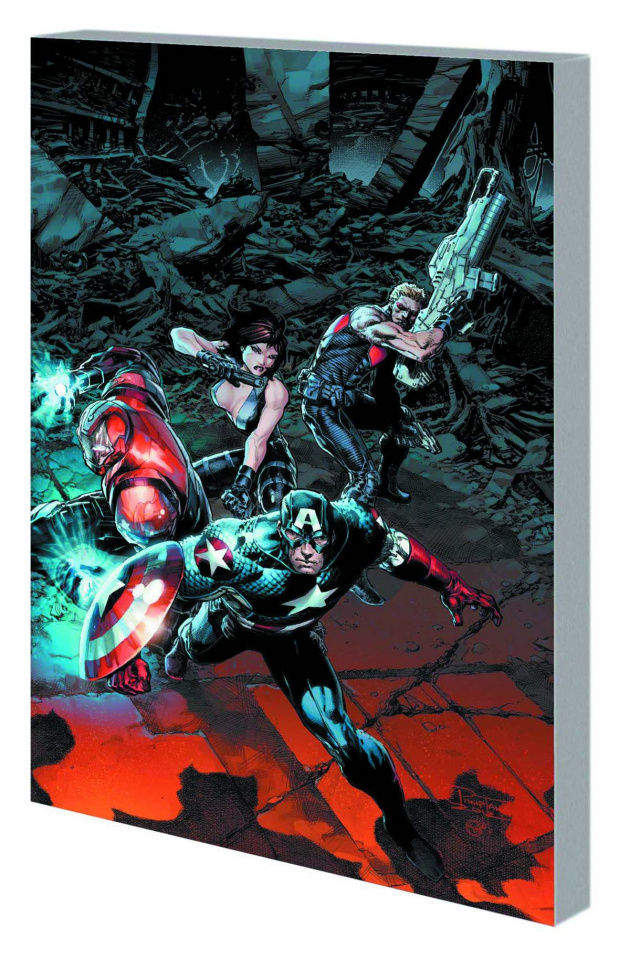