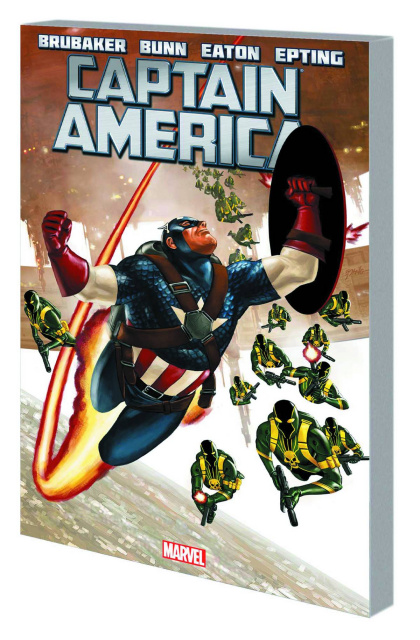 It's the end of an era as Ed Brubaker's epic run reaches its stunning conclusion! Captain America faces his greatest challenge yet - from the American people! TV pundit Bill Braxton is calling for Cap's retirement, and the populace is taking his message to heart. Meanwhile, the mysterious, super-powered terrorists known as the Discordians are striking U.S. targets. Torn between discovering the truth and saving a citizenry calling for his head, Cap's spirit is tested to its limit! Collecting CAPTAIN AMERICA (2011) #15-19.