Iron Man! Captain America! Thor! Hulk! Black Widow! Hawkeye! ASSEMBLE! The world's best-known Avengers are teaming up for a high-stakes mission with the fate of the Marvel Universe at stake! When the Avengers stumble upon a string of heists of some of the world's most dangerous weapons by the criminal team the Zodiac, they soon discover the villains are being empowered by a threat from beyond. Can this all-star team of Avengers defeat a cosmic foe with the power of a god? To win the day, they'll need help from the unlikely team of spacefaring heroes known as the Guardians of the Galaxy! Collecting AVENGERS ASSEMBLE #1-8. 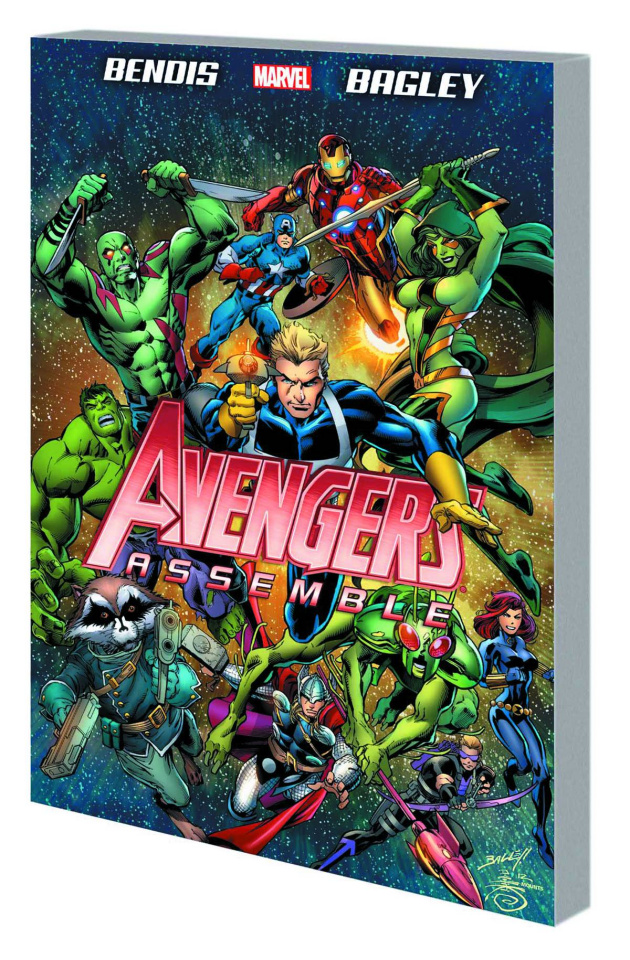