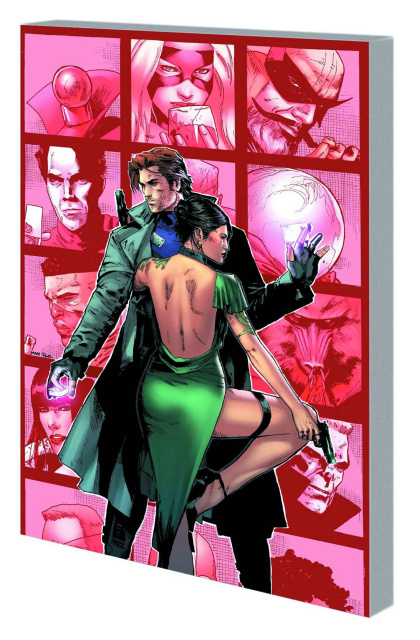 Gambit is hot on the heels of Joelle, the lady thief who crossed his path once before! But can he steal her away from the horde of super villains that surrounds her? Desperate to learn Joelle's secret, Gambit joins her on a heist that may be too much for even him to handle - against zombified Hydra agents and the villainous Tombstone! Who will answer Gambit's call for help? Enter: Rogue - who may just have an opinion or two about Gambit's extracurricular activities! Plus: a team-up between the stars of the two biggest new Marvel series: Gambit and Hawkeye! And after receiving a distress call from an imperiled ESU archaeology team, Gambit heads to the Forever City! But how will he outwit the hyper-evolved locals and snatch the students (and some loot)? Collecting GAMBIT (2012) #8-12 and material from A+X #3.