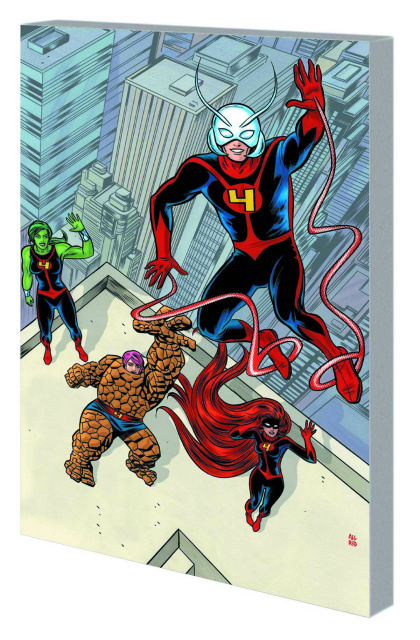 The Fantastic Four have formed a new team to guard the planet - and their wards in the Future Foundation - while they're on an interdimensional journey: Scott Lang, the incredible Ant-Man! Jen Walters, the original She-Hulk! Medusa, queen of the Inhumans! And...Ms. Thing?! But how does the world respond when the new FF makes its debut? And how does Yancy Street respond to a new Thing? Then, it's Valentine's Day at the Baxter Building! So why does that spell trouble for She-Hulk? Plus: Ant-Man has already lost a daughter, so watch what happens when he puts it all on the line to save Bentley-23! Learn the identity of the villain pulling the strings and pitting family against family as the FF undertakes a rescue mission into the Negative Zone! Dynamo creators Matt Fraction and Mike Allred reinvent Marvel's First Family...NOW! Collecting FF (2012 ) #4-8.