The newest series from the creator of the New York Times-bestselling manga Dance in the Vampire Bund. A war between heaven and hell is brewing and only a young man named Mitsuru holds the key to prevent it. Yet Mitsuru is unaware of his secret birthright and his role in the battle between angels and demons. All he knows is that his family is dead and Kyrie, the kindly woman who cared for him in his time of mourning, is not what she seems. Now, with demon attackers seeking to destroy him at every turn, his only protection is two beautiful gun-wielding angels who kick ass like nobody's business. 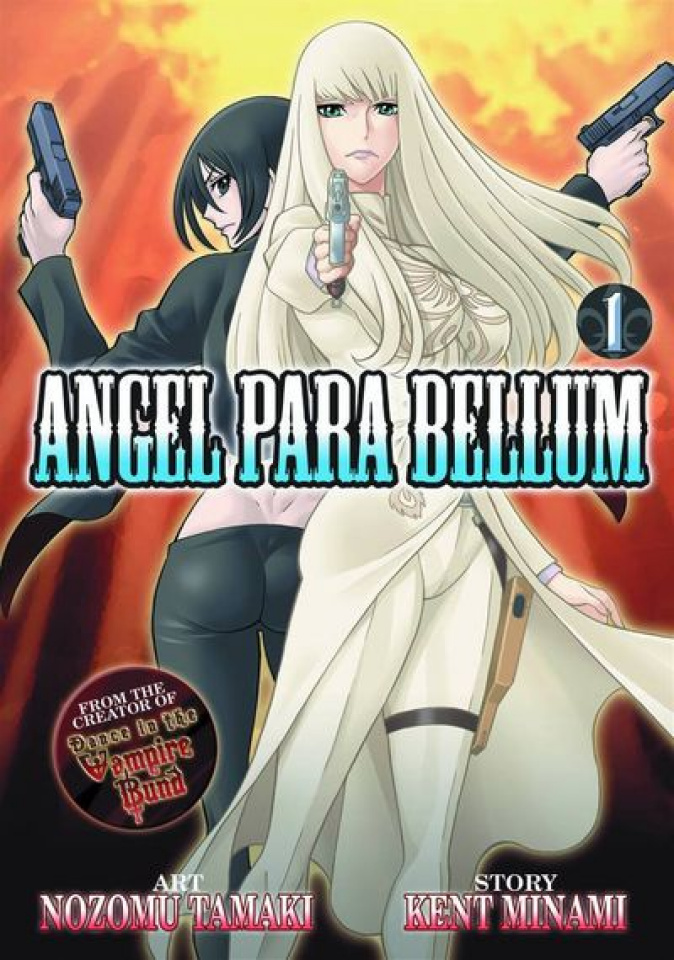