It's Lady Death vs. Death Queen... the final battle! Lady Death has endured torments which would have crushed a lesser being, and has waged a bloody war against Death Queen, the insane tyrant who seeks to exterminate all life as a testament to her power. As the tide of the rebellion takes a most resounding turn, Lady Death's resolve is as hard as steel... Tonight, she will kill her own mother or die trying! Available with a Regular cover by Renato Camilo, Sultry Cover by Matt Martin, Wraparound by Michael Dipascale, and a retailer order incentive Art Deco cover by painter Dipascale! 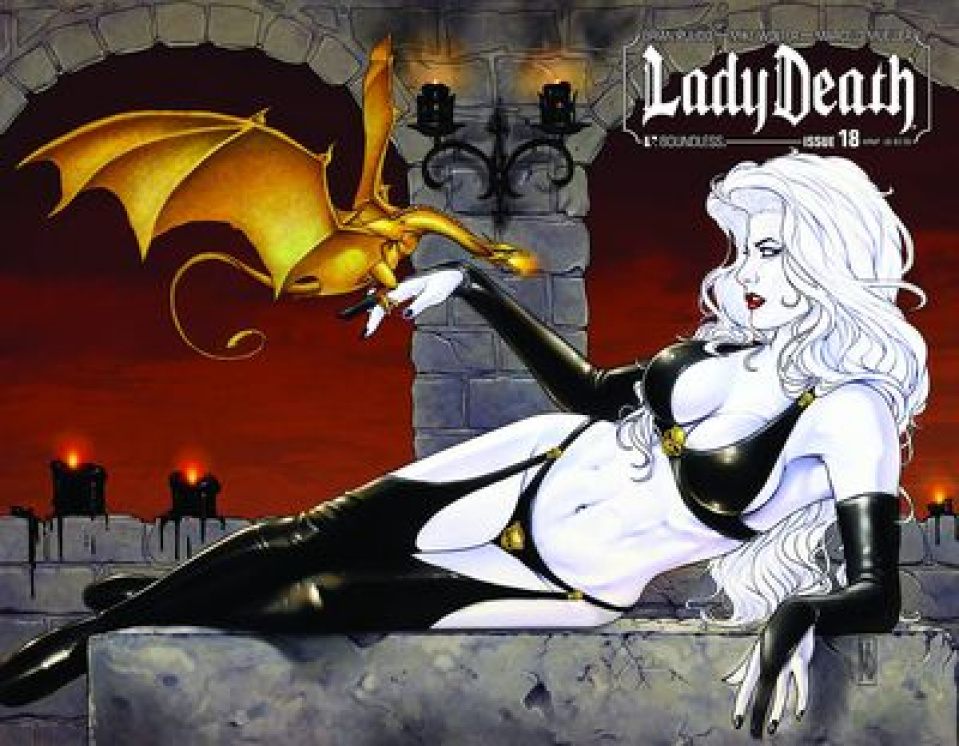