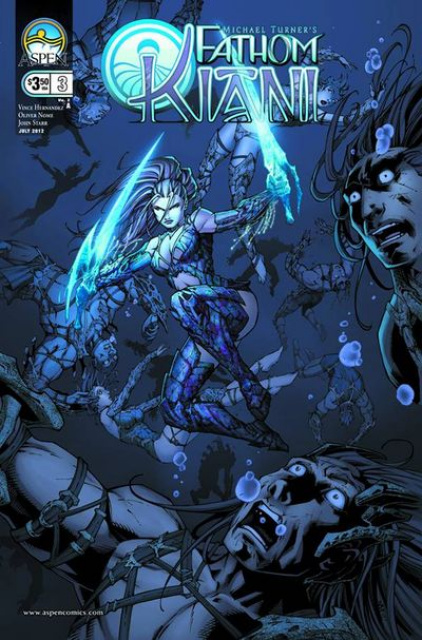 The Blue's fiercest warrior returns as FATHOM: KIANI vol 2 continues! In Volume One, she discovered her true identity. Later, she was labeled a dissident by her own people. Finally, she was killed by Aspen Matthews... Now, Kiani is back-and she's pissed! Kiani learns the fatal cost of her actions after the battle with Thalassar and his forces, as the devastating response from Siphon and the Elite Council is all but a certainty. Meanwhile, Siphon, who until this point had held back in his decision on how to deal with Kiani, decides the only way to deal with the situation, is to confront her directly by force-a risky decision that could topple the very fabric of the Blue's existence in the process if he fails! Brought to you by the creative team of Vince Hernandez, Oliver Nome and John Starr, FATHOM: KIANI vol 2 #3 is a must have for any Fathom fan!