Magic is no longer a myth... Debuting in the summer of 2004, superstar creator Michael Turner's pulse-pounding adventure-fantasy series, SOULFIRE, is now reintroduced for new and returning fans alike! Relive the quest of the young orphan boy Malikai, along with Grace and his friends as they battle the malevolent forces of Rainier and attempt to restore the fabric of magic in a world long devoid of it. As pivotal moments from the first three epic volumes are compiled in this value-priced, all-in-one SOULFIRE: PRIMER issue, all for the unbelievable price of only $1! It's the perfect opportunity to catch up in preparation for this summer's massive SOULFIRE 'Search for the Light' crossover event and the coming debut of SOULFIRE volume 4! 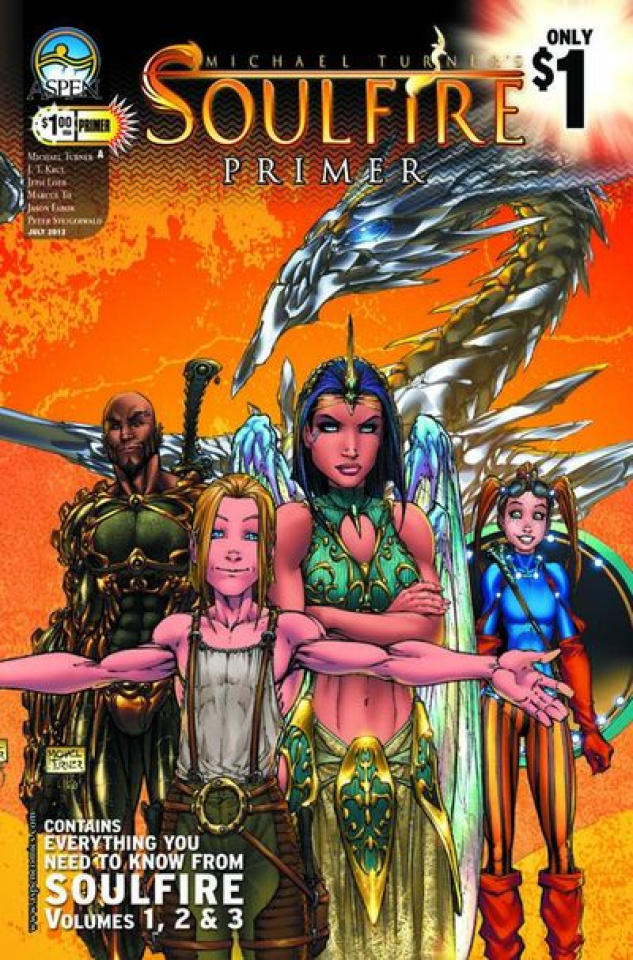