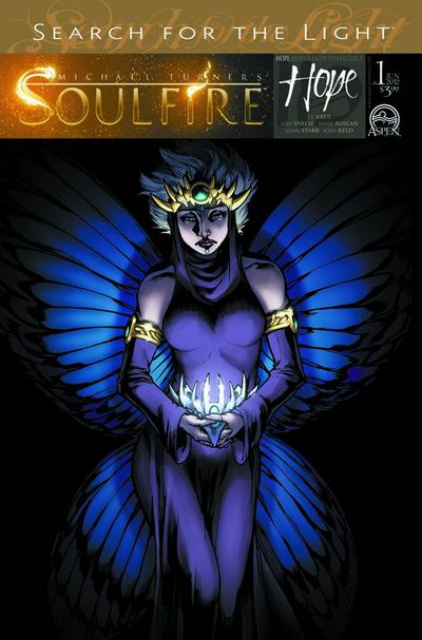 The epic SEARCH FOR THE LIGHT crossover event starts here! Aspen's first ever Soulfire summer event, 'Search for the Light' takes off right HERE in the pages of this exciting first issue, SOULFIRE: HOPE! With Malikai--the Bringer of Light-missing, the Five Masters, including Grace, embark on a quest to find him and save magic from the chaos that is engulfing the world! Meanwhile, in the magical kingdom of the Everlands, Faye attempts to find a suitable replacement for the slain King Arlin, and join her in ruling over the royal city of Anantia. However, the valiant suitors to the throne present not only unexpected surprises from her past-but also a potentially dangerous heir to the fallen king, one who has his own vision for what the future of magic should be! Don't miss out on the first issue of the thrilling 'Search for the Light' crossover event that will change the face of the SOULFIRE Universe forever!