Curse of the Cortes Stone #1

The Wraith, Shadowflame, and Johnny Saturn spring forth for an adventure only the three of them could possibly dare face! Battling against Aztekoth, The Wraith soon encounters an evil unlike any he has ever faced before - Orcus! An evil so pronounced, so powerful, that the fate of not only the world, but all existence is at stake. Soon joined by his fellow heroes, the trio battle as best they can against a galactic threat that will require the gathering of all Earth's champions to combat! A War of the Independents crossover. 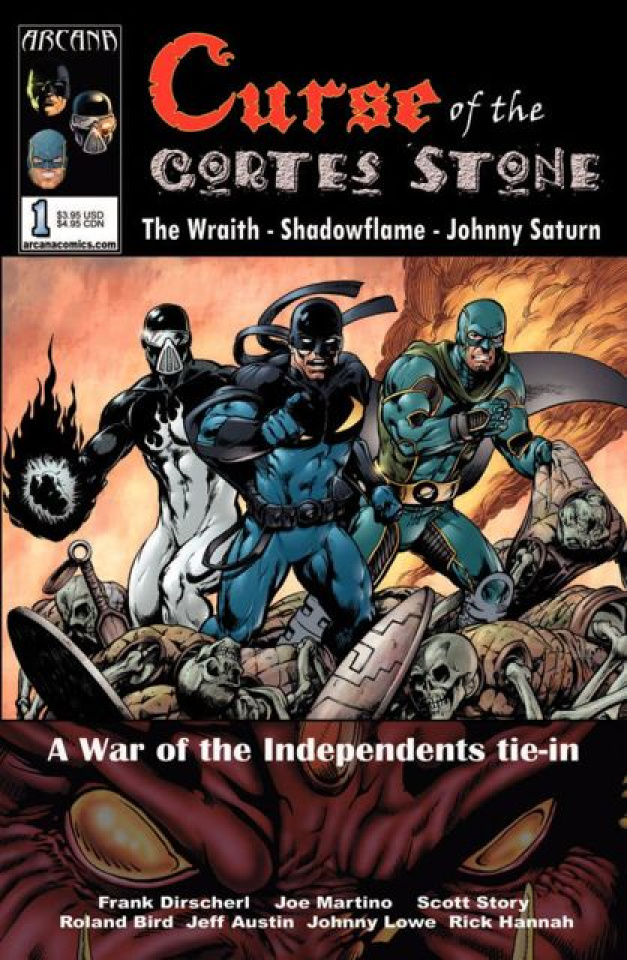